I would think so, although they might all be morality and petty crook types things, unless he has evidence of money laundering or ties to Russia...... although I believe Cohen was mentioned in that disgraceful (heh) dossier as being in meeting with those guys on their turf.


originally posted by: SgtHamsandwich
Well at least Trump used his own hush money instead of tax payer money for the same types of stuff.

Although I don't think his tiny hands (and boy are they, and the more weight he gains, the smaller they look, even his head looks too small for his body now. Oh. I'm truly sorry I said that. It sounds like something HE would say -- bad influence for everybody I guess in one way or other). anyway, I don't think he had access to our money at that time.

I mean, I support Trump, but his hands do look small in certain lighting and angles.

The pitiful OP, now its THIRD(3) attempt at trying to pry into the private lives of individuals.

Pretty sad, keep your disgusting paws to yourself.


I stand corrected on my last post.. It turns out New York is a one party consent state, so the recordings were legal.

Lmfao, its always the tip of the iceberg with you people, problem is, you never really vet your sources and are not even critical of it, not that you're capable of it, just one big mad failure bruh 😘

The left's delays and obstruction in approving his various nominations have definitely left the man a bit short handed.

What time did the Helsinki Summit begin?
When the big hand touched the little hand. 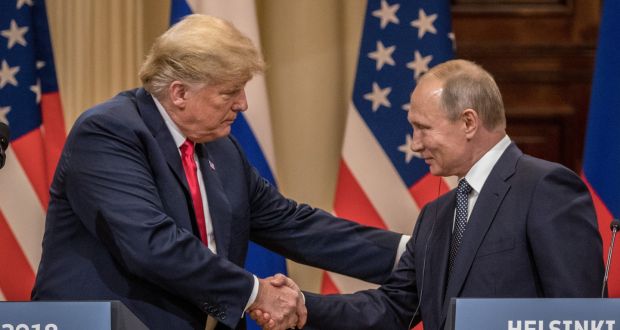 Trump looks like an aged Deadpool after an unfortunate food processor accident.

Trump's hands aren't small, he just has the forearms of an out of shape Popeye.

Trump can palm a basketball, when deflated. 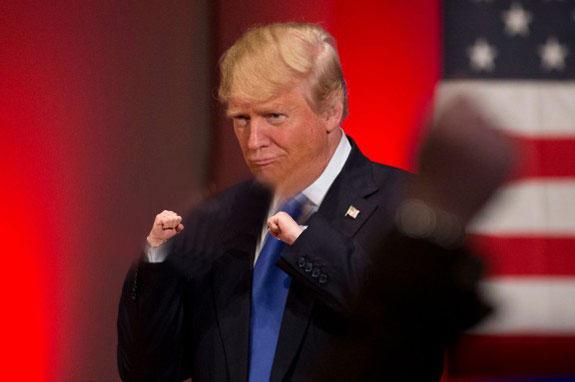 Trump's a very busy man, all it takes are a few jelly beans and a donut and his hands are full for the day.

Trump's hands are so small, he calls Uber when he needs to look through the Yellow Pages.

Trump once looked into investing in an insurance company, but his lawyers advised him they'd have to change the slogan to "You're in good hands with Halfstate."

Trump joined in Hands Across America but had to buy a Rand McNally pocket sized atlas to participate.

Trump had a lucrative advertising career in the baked good industry as a hand model in the 80s, he was the Keebler elf hand that gave to cookie to the human.

originally posted by: norhoc
a reply to: Southern Guardian


Although I do find it a bit serendipitous that 3 letter agencies are now using their illegal methods on the very politicians that allow them to do it.

I do think its time that we gut the CIA, FBI, DEA, ATF , all of them, and revamp the system, throw out all the legalities that are an abomination to the constitution that allow them to do these types of things.
edit on 20-7-2018 by Whatthedoctorordered because: (no reason given)

There was also a tape of Hillary Clinton laughing about getting a child rapist off and no one gave two flying figs about that. This is just another string that the media are pulling to try and get Trump out. They need to realise that Trump and his base will not allow that to happen. I have my issues with Trump (even though I'm a Brit) but picking up mistakes and acting like they're the worst thing in the world shows the media and the people suffering with Trump Syndrome will make a mountain out of a molehill.

I have my issues with Trump

Color me curious... what issues do you have with Trump?

The source told Fox News that no payment was ever made.
...
“Nothing in that conversation suggests that he had any knowledge of it in advance,” Giuliani told The Times. He also said that Trump told Cohen that any payment should be by check, not cash, so it could be documented properly.

“In the big scheme of things, it’s powerful exculpatory evidence,” he said.


But seriously, who cares anyway? No one thought that Trump was a choir boy when we voted for him.

He's uncomfortable that Trump's tiny hands force him to awkwardly eat burritos with a knife and fork, obviously...

originally posted by: norhoc
a reply to: Southern Guardian


I am fairly certain that Cohen will never have another client, if he was indeed secretly recording conversations with clients. Mueller was the director of the FBI when the planes hit multiple sites on 911... either what's your point of mentioning 9/11, or where is your questioning of his qualification in this Trump matter?

or where is your questioning of his qualification in this Trump matter?

No, we're addressing Trump and his associates here over the topic of the OP, so I'll refer again to my response to BlueAjah. You want to whine about Mueller? There's a ton of ther threads out there addressing that topic including those lovely Q threads.

Ah yes, that old deflection. Wouldn't want to interrupt your whining about Team Trump member Rudy G with an inconvenient identification of the fact that you don't hold the same connections against the guy leading your charge, ya? Carry on, secure in the knowledge that you'll refuse to discuss your own duplicitous hypocrisy on the topic of 9/11 and how it relates to the various players in the Trump witch hunts.