Major victory. But instead of gloating or becoming complacent, concentrate on exposing other institutions that have strangleholds on our minds.

Like the f# schools and the pedophile ideologues running them, for instance. The third rail of social criticism.

But move on from bitching about the media. We get it. At this point, every time you link to a CNN article--even in criticism--you're justifying their continued existance with your clicks.

So just ignore them. Stop circulating their stories for them and take the battle to fields untaken.

Yes I do read and actually bother to look deeper. You may also want to try that.

a reply to: Mach2

And as expected it is BS;

Have a look at the actual breakdown of the survey

posted on Jun, 27 2018 @ 05:39 PM
link
I’m convinced, the news has been fake for years. When it came from the Soviet’s it was callled propaganda. The US news media is just as guilty today as the communist ever were.

Here is it in detail.

How often do you think traditional major news sources report news they know to be fake, false, or purposely misleading?
A lot: 43%
Sometimes: 29%
Rarely: 19%
Never: 6%
No answer: 2%

The media have destroyed their own credibility. Trump is just the messenger.

originally posted by: incoserv
Only 72%?

So, 28% of Americans are still stupid, then?

100% of Americans believe biased polls are accurate 72% of the time.

It's just business. Capitalism and free enterprise. Making money for the stockholders the American way!! MAGA!!
edit on 27-6-2018 by olaru12 because: (no reason given)

It's a BS headline.

The actual question is;

How often do you think traditional major news sources report news they know to be fake, false, or purposely misleading?

I hope I don't have to expand on why it's bullsh!t. 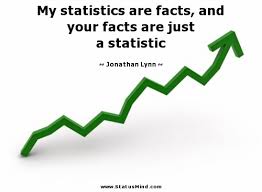 Talking about gun violence or climate change there?

originally posted by: myselfaswell
a reply to: Gothmog

Yes I do read and actually bother to look deeper. You may also want to try that.


Your reply only reinforces my beliefs that you do not read...
You didn't even bother to read my post before replying.
Nor , do I believe , do you remember what your original post stated.

Well, reading beyond Breitbart and going to the source they also say this....


When it comes to vetting news sources, roughly half of both parties say they, “stick to news sources they trust.” However, Democrats are more likely to take additional steps to verify what they’ve read than Republicans, according to survey responses.

A good example is you and this thread.

posted on Jun, 27 2018 @ 06:03 PM
link
That's the best poll to get an understanding of just how many people have Trump Derangement Syndrome. 28% it is because you'd have to be seriously mentally compromised to NOT think the media deliberately spread fake news.

20% are probably "uncertain" and 8% believe everything the MSM tells them. Sound about right? Should be 100% seeing through the BS but we're not so lucky...

originally posted by: notsure1
A poll about fake news being released by the news..


The poll came from a supposedly independent source...(I question everything and everybody)
Not the news...

posted on Jun, 27 2018 @ 06:44 PM
link
I think it’s a straight forward question.
As an independent I sense the dems have yet
to accept the fact their party gov and
darlings NBC and PBS, lie to them.
Often .Easily.
Newspapers to Internet.
The Dems are going to feel broken,
party is everything. Republicans have excepted
their fate and have “moved on” ironically.
Just 2 cents as I don’t give a flip about either.
edit on 27-6-2018 by UnderKingsPeak because: sp

The Dems are going to feel broken,
party is everything.

Pretty much. It's basically a cult now. Remember this gem a few months ago?

New Yorker journalist Ronan Farrow said some of the victims of New York Attorney General Eric Schneiderman’s alleged abusive behavior were warned to stay silent “for the good of the Democratic Party” and out of fear that the top cop in the Empire State would use wiretaps against them.

Farrow made the assertion on CNN Tuesday morning as the fallout of his explosive report continues:

“A lot of their friends and loved ones said, ‘Don’t do it. Don’t speak out against him. And in some cases, that was because they feared the risk of reprisals. They feared him threatening people — using his office and power to say he could wiretap people or he could come after people. But also in some cases, Alisyn, those friends warned them off of talking because they thought that he had the power to do too much good for the Democratic Party.”