But a man giving birth is not a thing, he was born a woman with the woman parts to bring a life into this world. People need to stop mixing fantasy with fiction. The headline should have been

With the following quote:

"I always knew I was meant to be a man, but I wanted to birth a child before I fully transitioned. But now, I want to be known as my babys dad."

Which begs the question.....

continued the transition or done medical procedures till after the birth

agreed..the child should be removed...there is something beyond disturbing about this mental illness being allowed. if I told everyone i was a bird because 'i felt like i should have been a bird' and I regularly act like a bird..jumping off high places to fly..and that my new baby would live in the nest, CPS would be all over me like white on rice...it's a mental illiness..just because you say you 'feel' like you are something doesn't make it true.

originally posted by: lakenheath24
Whats it say about you that you have to reply to a thread that you feel is not worth ones time?
I will tell you how this affects me...i wm being forced to accept something as notmal that my brain tells me is moronic and weird. She wanted to be a he, yet stopped the hormones to become a she so he/she could get a c section because her vag had been filled in so she could be a he. Now it wants to affect its child with this idiot8c behavior and we are expected to shrug our shoulders and accept it. No way. These people are freaks and want to raise little people so they can raise kids to accept their perverse, unnatural lifestyle choice.


Bull#
And poor you for having to accept that other people make choices that don't affect you at all.
Aaaaaw

Sickens me as well.

This child is going to grow up very confused.
It's mother is her father, and father figure is it's fathers boy friend.

Poor child should be brought to a normal home before it grows up to be as screwed as it's...fathers?

So many people here worried about the children.
Bull# to that too

i've grown up without a dad. and i'm a pretty normal guy. tell you what: i was soccercaptain and i sometimes drink beer!

by the way, you sound confused.

originally posted by: testingtesting
Good for the parent as long as they are loved what's the problem?.
Trans folk are the people to hate on ATS at the moment.
Live and let live eh?.

I don't think people hate on Trans folk, I just think people on ATS hate being told something is normal that it is obviously not normal and likely reclassified from a mental disorder solely based on politics and PC crap.

At the end of the day this Trans person proved what ATS folks are saying. You can feel and have all the surgeries you want, but at the end of the day you are the sex you were born with. Clearly despite her feelings ,wants, and surgeries,clothing, she is still a women and was able to get pregnant.

I don't hate trans people and I wish them the best as certainly they don't have it easy. I have no problem accepting their desire to live their life the way they want, but don't tell me its perfectly normal that their desires can overcome their genetic code. In addition, I question if its really the best thing for them in the long run to accept such delusion?

there are people that suffer from Clinical lycanthropy which is defined as a rare psychiatric syndrome that involves a delusion that the affected person can transform into, has transformed into, or is a non-human animal.

Why is lycanthropy classified as clinical mental disorder but not a transgender person that feels they are the opposite of their genetic physical gender? Should we accept lycanthropy suffers as an animal if they feel as such?

Again , I have no issue with transgenders heck or even people that suffer from lycanthropy and I will accept their life style to live their life as they wish as long as it doesn't hurt others, but its also Ok for people to disagree with them and not accept that you can change your sex or species based on a desire or delusion.

originally posted by: TinySickTears
a reply to: lakenheath24

Good thing your feelings mean # all I guess.

The thing that makes me so curious is why do people care so #ing much? So much to be disgusted at something a free person does that has no bearing on their life at all.

Go ahead and play like you're worried about the baby even though that's bull#.

And they put no gender on the cert.
And demi more in a magazine from 6,000 years ago.

The # you have to deal with huh?

Jesus quit being so illiterate for once, and stop swearing in every post like you're some hard bloke.

Man you grate me.

Sucks for you I guess.
Start breezing by my posts then

originally posted by: TinySickTears
a reply to: SummerRain

Sucks for you I guess.
Start breezing by my posts then


sucks to be everyone.

Do you need a safe place?.

originally posted by: Neopan100
a reply to: lakenheath24

there is something beyond disturbing about this mental illness being allowed. if I told everyone i was a bird because 'i felt like i should have been a bird' and I regularly act like a bird..jumping off high places to fly..and that my new baby would live in the nest, CPS would be all over me like white on rice...it's a mental illiness..just because you say you 'feel' like you are something doesn't make it true.

Actually there is such a disorder (Clinical lycanthropy) and it is classified as a mental disorder . 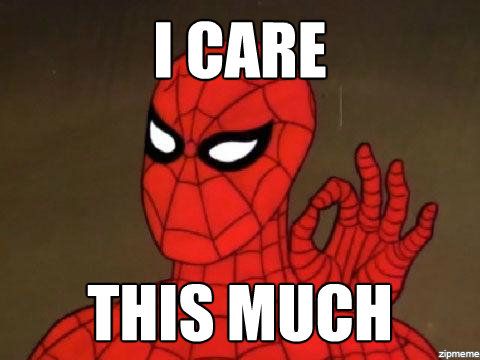 Just calm down. Stop crying and scroll right on past.

posted on Jun, 8 2018 @ 08:55 AM
link
Sex is a matter of biology (a bit more complex than genitalia, but still based in physical attributes of the BODY.)

Gender is the social and cultural components of IDENTITY based on sex.

In our current culture, sex and gender were basically identical but are no longer in all cases.

The question that occurs to me in these interminable arguments is ... why do you care about someone else's IDENTITY?

Of all human characteristics, isn't IDENTITY the most personal?

Mah daily dose of freakshow has been met.

Because people love to push their # on others.
They feel this way so everyone else should too.

I'm sure all the people disgusted by this cause the children are parents of the year.

While I don't disagree, I find this inconsistent with some folks constant statements here that they are concerned with personal freedoms and individual rights above all.


The question that occurs to me in these interminable arguments is ... why do you care about someone else's IDENTITY?


I don't think Its about caring about someone else identity. People don't care how one identifies , what they care about is being forced to accept their identity as a reality.

The issue I see here is that transgenderism was politicized and then declassified from a mental disorder. Then treated like Global warming , where they don't want you to question the science or put it up for debate and just accept it and move along. Note I have no issues with Global Warming, I just don't care for the tactics used to discourage questioning the science.