This massive revelation came on MSNBC show "Morning Joe" and was conveyed to the world by co-host Mika Brzezinski.

They are so serious, we muzt believe it !!

oh-so stern and serious it must be real !!

A testament to the veracity of their sources.

Come the F on.

I guess trump hasn't found Bill Clintons stash in the oval office with his personal recordings of the interns.

originally posted by: xuenchen
was conveyed to the world by co-host Mika Brzezinski.


Mika seemed genuinely triggered. LOL I bet whoever told her that 'story' fully intended that outcome.

Probably safer than anything else he'd do in a given day.

Finally we got something we can impeach him on!!!!

So proud of our movement... #resist stands in the face of tyranny and courageously ends the fascist dictator known as Trump.

Lol Honestly it just keeps getting better... Enjoy the Show!

posted on Jun, 7 2018 @ 08:24 PM
link
“We got a problem comrades. Monica was brought up in an interview with Bill Clinton, and HOLY $4:t did he blow it!!!”
“Quick, what’s the dumbest thing you can think of? We’ll have our ‘credible sources’ verify it and spread it everywhere”
Brilliant

originally posted by: Puppylove
Sounds like something he'd say. Very much his kind of humor... Why are we talking about this?

Isn't that more important than a citizen not being killed or raped because their ability to exercise their 2nd Amendment protections in their home?


originally posted by: xuenchen
was conveyed to the world by co-host Mika Brzezinski.


Mika seemed genuinely triggered. LOL I bet whoever told her that 'story' fully intended that outcome.

LOL, I do wonder if Trump and his buddies have a bet to see what stupid breaking news they can get them to run.

Although the Golden Shower is going to be hard to top.

Arnie123
+4 more
posted on Jun, 7 2018 @ 08:35 PM
link
Man, leftist watch this crap and actually believe it. These people are just eating themselves into nothing.

originally posted by: Puppylove
Sounds like something he'd say. Very much his kind of humor... Why are we talking about this?

👉"Better to yield when it is folly to resist, than to resist stubbornly and be destroyed"👈

originally posted by: Arnie123
Man, leftist watch this crap and actually believe it. These people are just eating themselves into nothing.

Morning Joe and the token hole keeping journalism's highest standards yet again. There's so much wrong with this it isn't even trying to be legitimate.
1. "Sources say" coming from a "news" source whose sources have a long standing reputation for lies.
2. Why in the blue hell wouldn't the POTUS be able to watch pornography in the White House? That doesn't seem like something that would be official policy in the White House, at least not something outside of POTUS control... this bill www.congress.gov... has yet to pass, so from that angle Mika's story smells as bad as face-lift and botox.
3. Assuming it is blocked and the story is legit, how AMAZINGLY ineffectual and inept does this make the witch hunters, Mueller, the mass media full on assault, Stormy Daniels, and virtually everyone else who has tried to bedevil President Trump over the past 18 months look? "I've been accused of multiple Phantom crimes, attempts to ruin my marriage, my businesses, my character, threats of impeachment, wild ass accusations of racism and hatred, never ending butthurt exclamations against me... the worst part of the job is that I can't watch Brazzers at the White House." LMAO!!! God, I almost hope Mika's not just spreading her usual slander and self invented rumors, because if she's not... Oh wow, this becomes the definition of "happy sad" for her and her ilk. 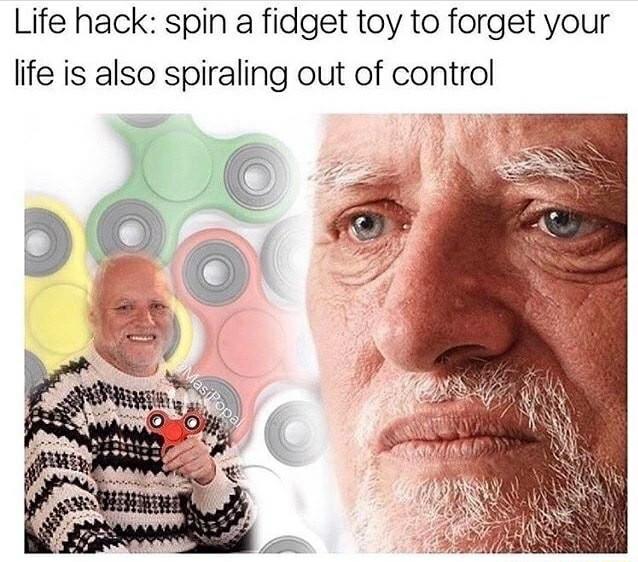 Exactly what I was saying. Sounds believable enough a Trump style joke, but who gives a crap?