Well, if notoriety finds him or her of its own volition, that's a different matter. If the person whom they helped decides to call the local news station because they feel the community should be aware of the hero's deeds, sure, go ahead. But a hero never seeks reward for their actions.

posted on May, 26 2018 @ 12:15 PM
link
Wow, from my opinion those are some really really good descriptions of nobility and honor. Especially someone doing something because it is right and not because of any type of recognition or payment.

I just get fearful sometimes. Everyone is looking for a hero or superhero. People look to these beings of magnificence to alter the reality around them and make their lives easier, even though the wishful person has no clue as to what would actually make their life easier. If people hold out for hope, wouldn't that mean that they are not going to make the necessary improvements themselves? I am just thinking here. Maybe it would be better for everyone to become their own hero and stop looking externally.

You're absolutely correct. A hero isn't supposed to step in until the matter is beyond the control of the person they're helping. But if people never attempt to fix things on their own as a whole, no one will ever know what exactly is beyond their ability to handle. Or even really have anything but a very vague idea what that point is.
edit on 26-5-2018 by pfishy because: (no reason given)

From my experience this doesn't exist outside of the media setting, I've yet to see it in real life.

Never have I ever feared keeping a door open for someone for instance, be it male or female or other. In fact it's usually well received. A thank you makes my day though but I've never ever gone fishing for thank you's.

I see the alternative and I've never liked it, my conscious plays a bigger role in such things... When I was 12 I watched an old lady slip on ice and I froze... Longest 30 seconds of my life, she was helped but it wasn't by me.

Well, being 12, the selfless mentality is still not a strong factor in your psyche.
And I hold the door for people all the time. I also enjoy the thank yous when I get them. But I'd be hesitant to ascribe that to anything more than being a good person. Not really heroism.

Well I thought of Deadpool through your whole post. He's flawed in MANY ways. I think that what society sees as a hero today is called anti-hero. Not a villain but not a hero. Those are popular for a reason.

Exactly. It's the dichotomy between Steve Rogers and Wade Wilson. Both are inarguably heroes, but Rogers is the textbook definition of a modern Knight in Shining Armor and Wilson is a psychotic misanthrope who just ends up usually doing the right thing.

I was using Male heroes to expound upon Intrepid's use of Deadpool as an example.

It's an aspect of chivalry, I was merely using it as an example. Zosimov always delivers thought provoking threads... I always like them.

Anyways within the mental gymnastics I guess I was alluding to what may make heroes in other people's mind's, one of my personal hero's was Johnny Cash, I'll get back to that in a minute.

In this life I think ultimately the only person you have to come to like is yourself, it's you that you'll have to live with 24/7 from day one till the day you're gone, for me that memory I shared was something I never liked, I have others too that are similar and at the end of the day I won't be freezing next time, I guess that's selfish in a non selfish way but hey, I have to live with my conscious.

As I said I consider the man in black (Johnny Cash) as one of my heroes, he did a lot for other people but then again he stole a lot of songs, in his mind he was no hero... For a lot of his life he was looking for redemption, I think his own hero played a huge part in him finding some peace. I'm still unsure if he ever came to like himself though, his last few albums reflected a lot from his own abyss. The darkness within.

What is a hero?

Most mother's are heroes. Very much unsung ones too.

You are right, it is interesting but common that female traits, while being considered highly desirable, are not traditionally considered "heroic." Even mythical female heroes are portrayed with more masculine traits (Athena/Artemis/La Femme Nikkita).

But when asked who his/her hero is, a person is just as likely to mention mom as any other figure.

I think women are just as starved for an archetypical example of female excellence (whatever that is, lol, but I think most of us would be able to settle on a definition for the sake of this argument) in modern day society as men.

In the example that I gave of simple acts of modern selflessness being heroism, what, if anything, did you imagine the gender of those two example heroes to be?

I would probably imagine the fender-offer as male, although hearing that it was a female would tickle my fancy but not surprise me.

I would probably imagine the budgeter of the household as female, as I find much of the female brilliance to be in managing and tending to her household as well as the community around her.

I had the assault hero as a male in my mind, because males tend to take bigger physical risks and are more prone to act before weighing the consequences in that sort of situation.
But I didn't really consider the gender of the other when I thought them up. I can see how a female would be a classic fit for it, but at the same time, I raised 2 daughters by myself. So it's equally a male role in my mind.

originally posted by: olaru12
Strange that in this thread; Heroism is defined as a masculine trait. Perhaps that's part of the problem.... 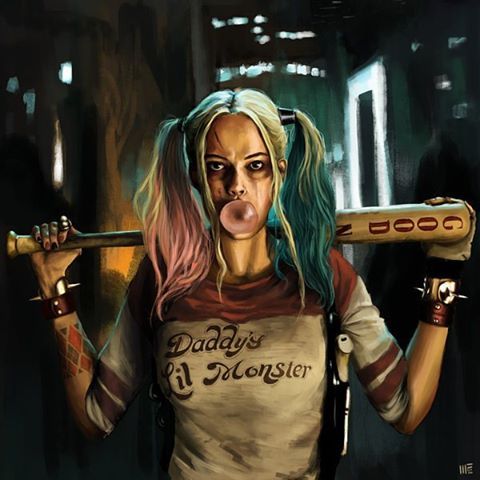 Either way, you are spot on with your comment that the modern "hero" more resembles the anti-hero than the heroes of old.