Elon Musk had a meltdown during Tesla's Q1 earnings call.

Elon Musk had a really bad day yesterday. During a conference call to discuss Tesla's first quarter earnings (or the lack thereof) he interrupted analysts, refused to answer their questions, and instead spent 23 minutes answering questions from some random blogger.

Of course, he probably wasn't eager to talk about Tesla's numbers.
They're bad, really bad.
The company earned $2.73 billion in revenue in the quarter, but still managed to lose $785 million overall.

Model 3 production is stuck in some level of purgatory: It's currently at 2270 per week, less than half of Musk's hoped-for 5000 per week. That might actually be a blessing in disguise, because it seems like the more cars Tesla builds, the more money they lose. I've said it before that if they ever really start mass producing the Model 3, it will drive them right into bankruptcy.

Perhaps most tellingly, the company has $10 billion in debt, with $1.2 billion of that maturing in the next year. Tesla's debt level has been steadily rising, with reports suggesting that they aren't paying their suppliers.

Investors certainly didn't like it. The stock is currently down 6% from yesterday. And since the stock is rated in junk territory, they're going to have a hard time raising money when (not if) their cash reserves run low again. Which will almost certainly be before the end of the year.


And he's still under SEC investigation for selling a huge amount of shares prior to the announcement that one of their automated vehicles killed someone.

I wonder if he's pulling a Crazy Eddie.


I miss Mr. Antar, he made commercials insane.

That was a odd quarterly call, I wouldn't be surprised if he was drunk..

posted on May, 3 2018 @ 09:29 AM
link
I've always wondered if the oil companies were going to let him get away with building electric cars that are capable of running up to and more than 500 miles range. The batteries that his company designed have placed him in the cross-hairs of the big oil. Sure, his cars cost more, but think of the fuel savings. Electricity is much cheaper than gasoline. All one would have to worry about are tires, brakes and possibly wheel bearings.

Musk should have an internal audit of his company and find the oil companies saboteurs... 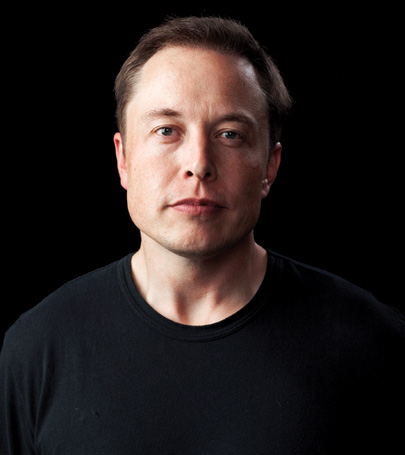 I'd be careful with this one.

So...who wouldn't have a meltdown


Right, it's Big Oil screwing up his company and not him. What happened to personal responsibility?

Did big bad oil make him sell shares before the announcement that one of his cars killed someone too?

Could the self driving system computers have been hacked? That there would be a deal breaker.

He also may have sold to help keep his company afloat...

I think some groups of people are working against him to devalue the business so they can buy it for pennies on the dollar. He was not ready for the politics involved in an endeaver like changing the world.

posted on May, 3 2018 @ 09:44 AM
link
I think Tesla's biggest threat is other car companies... BMW and some of the other brands have Model 3 killers coming online. I think Tesla may wind up being acquired by a traditional car company as a sub brand.

Tesla shook up the car industry but the reality is that it is a capital intensive industry and scaling manufacturing is not easy.

The one thing Tesla proved is that there is a market for electric cars if done right.

originally posted by: Woodcarver
a reply to: AndyFromMichigan

I think some groups of people are working against him to devalue the business so they can buy it for pennies on the dollar. He was not ready for the politics involved in an endeaver like changing the world.

That would make a good movie...

I can see all kinds of ways to subtly hurt the company indirectly.

He's coming up against some powerful people. People who probably don't want to see him succeed. Just my intuition.

Could the self driving system computers have been hacked?

I'm sure, it was most likely XOM that did because: oil.


He also may have sold to help keep his company afloat...

Doesn't matter, if it's true it makes him an inside trading scumbag regardless of why he did it.

Who's making him fail to meet production goals?
Who's making them miss sales projections?

People just don't want to over pay for a car.

Who's making him fail to meet production goals?
Who's making them miss sales projections?

People just don't want to over pay for a car.

Cont'd: People over pay for a lot of Government sponsored # half of which we don't know about. This guy put a car into space. So wtf are they playing at by blocking him? You and I both know that if the Gov wanted him to succeed, he would.
edit on 3-5-2018 by BotheLumberJack because: (no reason given)