I think Skeptics have a psychological disorder

You seem to be having some trouble picking out the ingredients found in the paint and comparing them with the elements found in one of Harrit's graphs. 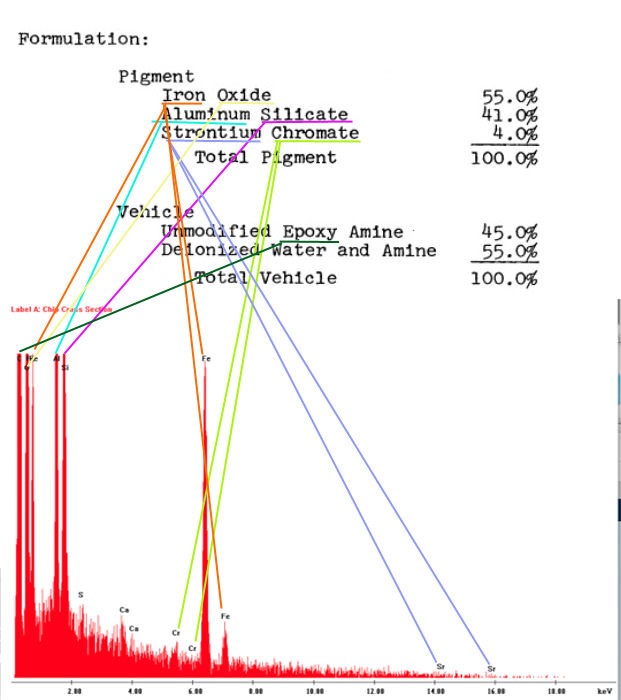 I always found the best way to explain things to Truthers is: Big pictures Small words.

Harrit is not the only person who has looked at these red/grey chips in the dust.

Dr Milette is the only scientist who I am aware of is disputing the different scientist's findings. Skeptics could not have picked a worse guy to look into this as he was involved in the official WTC tower dust study. He is a compromised agent, not independent.

Dr Milette even says he carried out no DSC test this would have confirmed the energy explosive spike. Could he have done that deliberately? He also ignores the particles are all the same size 100 nanometers, paint burning the sizes would very vary.
edit on 6-9-2018 by Jesushere because: (no reason given)


Dr Harrit found Elemental Aluminium he has released the tests that show that in his paper. How come he was respected before this and never had any complaints about his work in the past, but now his work is rubbished.

This September Dr Harrit is going to explain to us how the moon landings are Fake.


He has released anything about it yet to tell if it's hogwash.


originally posted by: Jesushere
waypastvne I get to you eventually


NIST did explain it. It was cascade failure of the truss seats.

This is a truss seat: 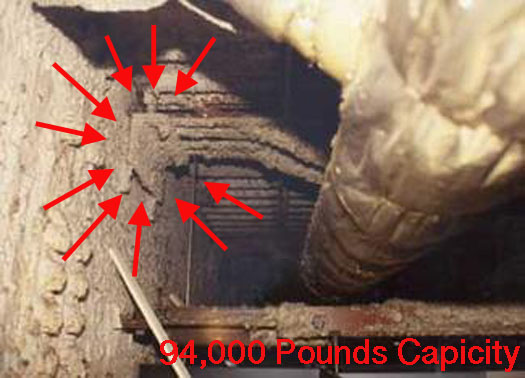 They are located here: 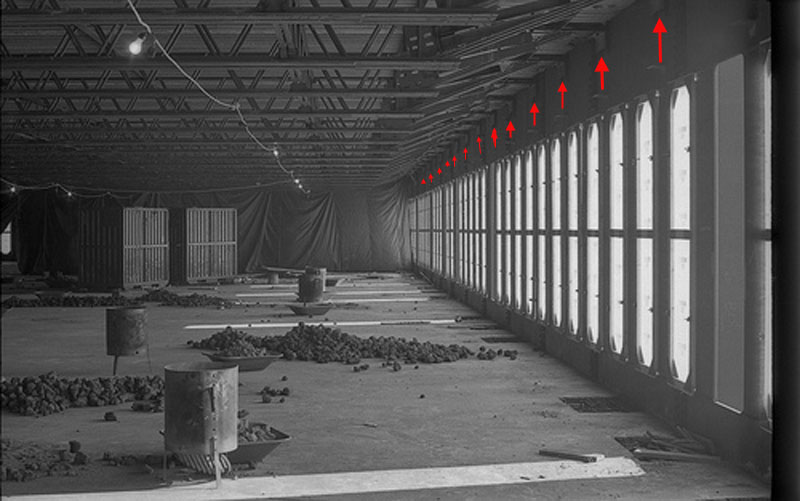 After collapse initiation the floors impacted one upon the next, overloading the truss seat welded connection: 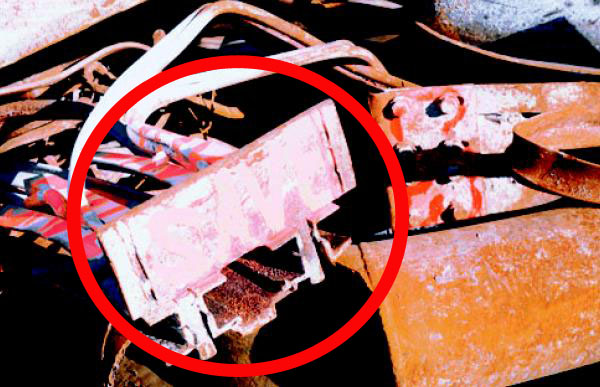 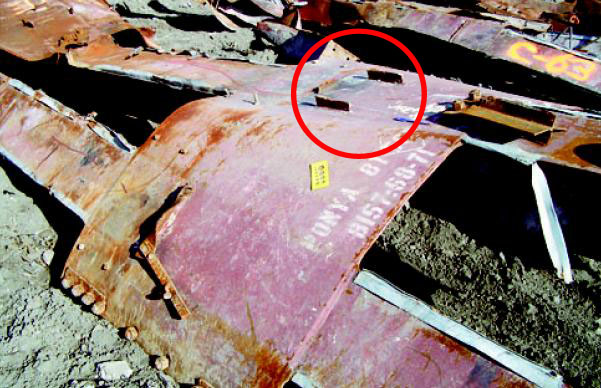 No thermite necessary. AND:


It fits the evidence found.

Floor trusses being pulled in and down is what I believe too did you miss the image I posted? The collapse though started in the central core. That clearly the way it went down as the actual video of the tower shows the antenna on the roof move first. FEMA agrees with me. NIST does not. NIST is a cover-up merchant you can't believe anything they say.


Floor trusses being pulled in and down is what I believe too did you miss the image I posted?

The collapse though started in the central core. That clearly the way it went down as the actual video of the tower shows the antenna on the roof move first. FEMA agrees with me. NIST does not. NIST is a cover-up merchant you can't believe anything they say.

So the antenna moved downward a moment before WTC1 collapsed. And then the force of this movement went back in time to 10.22 AM to cause the inward bowing of the south wall ?


originally posted by: firerescue
a reply to: waypastvne

I made a video 9 years ago explaining how it could happen.

Lets see if he can grasp the basic concept presented in the video. That is: Air has mass > Mass has inertia.

I bet I will still have to explain it to him.


Unscathed passport yes nonsense. Why did not just burn up in his trousers? Where do you think he had it kept?

Some guy in a business suit just hands over and runs off come now that's just weird. Did police officer not ask the man a question finding a passport hey where do you find can take your name for reference. The narrative is silly. It had to escape a fireball. The hijacker just rolled down the window before crashing I just throw this out here.

He has released anything about it yet to tell if it's hogwash.

Are you as excited as I am to see what this kook presents as evidence ?

if some of the batteries could have got switched out for explosives or were just placed in this room alongside the batteries?

Two other towers came down that day. WTC7 is the smoking gun. NIST fraudulent collapse model, steel melted that requires very high temp, which NIST claims never occurred.
edit on 6-9-2018 by Jesushere because: (no reason given)

You are delusional since you have not provided evidence to show this pre-collapse buckling occurred. 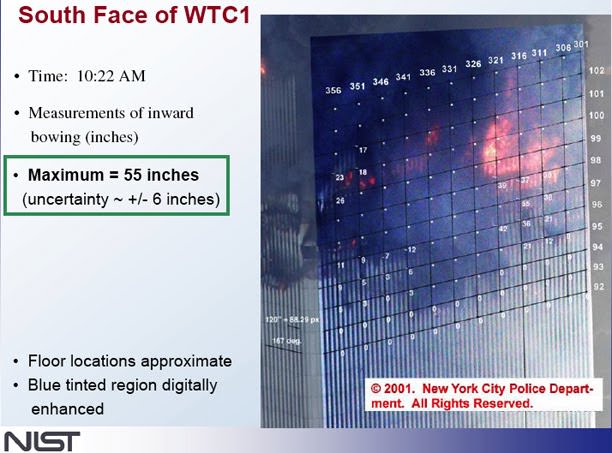 This image here is of Tower 1, inward bowing. I thought neutron lux claiming tower 1 was leaning.


Congratulations. You got something right.


You are delusional since you have not provided evidence to show this pre-collapse buckling occurred.

He said Tower 1 was leaning. Buckling is not what happened pre-collapse.

posted on Sep, 6 2018 @ 09:44 AM
link
waypastvne If you can't see the top falling first you need your eyes checked. The central core coming down pulled in the floor trusses which is level pre-collapse. The images I posted shows the pulling in of floor trusses and perimeter walls when the core is falling.

The actual video of the collapse shows this watch it. The force to pull in floor trusses and walls is enormous the central core has to fail first.

The Antenna is coming down here. Do you see any signs of perimeter walls deforming here? posted on Sep, 6 2018 @ 09:54 AM
link
waypastvne Skeptics believe in fake evidence. That they still trust NIST knowing they left off the girder shear studs, girder stiffeners and beam plate, i find hard to understand.

Carrington Fire tests showed all these connections on the steel beam they tested. Guess what no failure, no thermal expansion, no girder knocking off its seat no fake evidence.

As in there is no proof the cite columns were cut to initiate collapse?

Who’s theory? That inward bowing lead to bucking of the outer columns that initiated collapse. Like WTC 2. As seen in the video in the linked to thread below?

Please quote who is saying the collapse did not start 11 or 29 floors down. Please cite a source the collapse started at the top?

I apologize. I didn’t see it was your post among the Jesus Storm of posts. Please disregard my response to your post.

posted on Sep, 6 2018 @ 10:46 AM
link
neutronflux Metabunk looking at the perimeter wall and its columns being pulled in Tower 2. Are we not talking about tower 1? Tower 1 collapse was a failure of central core first and Waypastve needs his eyes checked if his seeing southward inbowing first.


Unscathed passport yes nonsense. Why did not just burn up in his trousers? Where do you think he had it kept?

Don't you know anything about islam. The passport is, Rule of the Kafur. He most likely spit on it, threw it on the floor of the plane, and then stepped on it. He would not want it on him when he met Allah.

Some guy in a business suit just hands over and runs off come now that's just weird. Did police officer not ask the man a question finding a passport hey where do you find can take your name for reference.


This is Richard Wozniak he found the passport'

I was now standing in what seemed to be a war zone. There were scattered police and firefighters all around the streets. It seemed that I was one of only a handful of civilians so I had to pass myself off as a security agent as I was determined to stay and help. I was now outside the Bankers Trust (130 Liberty St.) building approximately 100 ft. or so away from the entrance of the main tower. I could hear objects hitting the ground around me so I decided to work my way around the back of the building and now I had learned what had happened.

I was standing in the middle of what were the remains of a passenger aircraft. There were seats and engine parts smashed through car windows everywhere. What seemed to be an engine was embedded into the sidewalk and body parts were strewn all over the street. Then I looked down to my feet and picked up a passport. It was a Saudi passport. It was green with Arabic writing and as I opened it and saw the man’s face inside it and I felt as if I were looking into the eyes of someone that may have been part of the terror that I was witnessing around me and I later learned that I was right as I passed it off to an FBI agent that was standing a block away on West side Hwy who immediately took it from me. He then instructed me to leave the area but before he could notice I ran back to the side of the Bankers Trust building determined to help find survivors that may have been hurt in the streets or in the cars. Then my life was changed forever.

His email address is at the end of the link, if you have any questions you should contact him.

It had to escape a fireball.


Yes. And the video explains how. 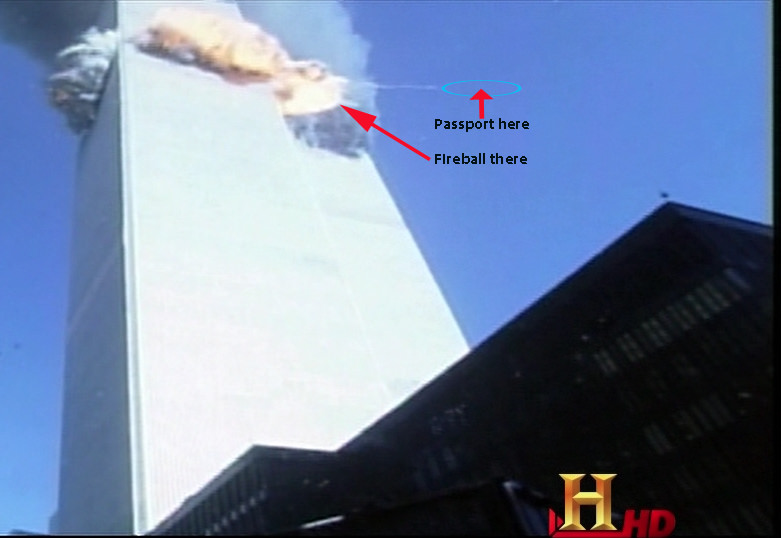 originally posted by: neutronflux
Any productions on how long the impending Jesus Storm of posts will last.


Until Truther Christmas is over.

posted on Sep, 6 2018 @ 10:52 AM
link
Tower 2 collapse is more difficult to discern because of heavy black smoke masks the building just before the collapse.

We can't see the top of the building clearly. They're not enough information here to persuade me where the collapse started.

posted on Sep, 6 2018 @ 11:05 AM
link
neutronflux Already did I provided you FEMA link about Tower 1. They said the central core moved first in the collapse.