OK so I got back into Gaming.

I jest. I also have a Sega Saturn. Actually a good system. Now if I can find an Atari I could get really nostalgic. 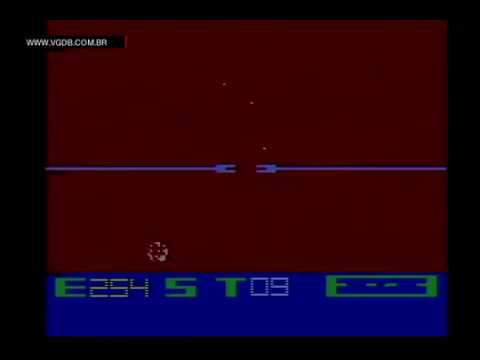 The Sega Saturn was a great machine , mine came with Daytona USA and Virtua Fighter included which kept me and my mates occupied for weeks , Shenmu was an eyeopener for what games could be and Nights into Dreams had graphics to drool over and addictive gameplay .

Shame the Sony Playstation and EA murdered it.
Happy memories though.

Can't. The Titans weren't in the league yet.

posted on Apr, 15 2018 @ 02:04 PM
link
Sometimes I wish I could erase my memories so I could play all nostalgic Zelda games and Chrono Trigger for the first time again.

posted on Apr, 15 2018 @ 02:25 PM
link
i was gonna play the original secret of mana on my super nintendo emulator yesterday but it wasn't hooked up and i couldn't be bothered... and then i wanted to play dragonquest VIII on my PS2 but i couldn't find my memory cards... so said fuggit and am playing disgaea 3 on my PS3 instead.

i loves my old games

BS! There's no way he could have found such GPU's with all the bit coin miners buying them up!

Can't. The Titans weren't in the league yet.

There is a 2019 version of tecmo bowl. It can be downloaded here. but you will still need the emulator to play it.

I still occasionally play Shadowrun on a Sega Genesis.

It's the only version I liked.

I've been pc gaming as well since dos days. I play pc exclusively now. It's just easier, cheaper and has a lot of advantages. I would like to go back and play some of the vintage consoles of my youth, but I just don't have the patience like I used to.

I am thinking of getting back in.

Seriously want to get back in.

Xbox is full of kiddies so beware. PlayStation also has the kids but mostly an adult population. Or you can join the PCMASTERRACE!

If you ever want to get down on the original Halo just let me know. I use a controller and play it on the PC. It is actually free now and the community is going strong.....ish

posted on Apr, 15 2018 @ 03:47 PM
link
i got board and replayed ff7 8 9 10 ... thats where i stop with the ff series its absolute crap action rpg after that buttion mashing mindless game but 10 and below i loved the combat system so much planing and stradigy

I'm gonna need a link for that free download.

That is the one! The other day I was playing CTF and refused to run the flag in the base and made two people rage quit lol That was so funny and what the others were saying to me just made it all that better!

originally posted by: Allaroundyou
a reply to: Swills

That is the one! The other day I was playing CTF and refused to run the flag in the base and made two people rage quit lol That was so funny and what the others were saying to me just made it all that better!

How annoying. I would have quit too...

I don't have internet access since I moved up here in 2011 (just my phone) so I can't pvp unless I visit my friend.

My ps2 died last year , other wise I'd be playing Gladius (the gladiator school game)..


I'm half tempted to buy a used a super Nintendo,, just to play Baseball Star's.. that game was great it allowed you to not only manage a team but even set ticket prices in your stadium.. And the players stats and worth would change season to season..

Way ahead of its time for a console game..


Also another old-school game I miss playing is "the wall street kid" for the original nintendo..

Our first console was the Atari 2600. But I can't think of a game I wouldn't get bored with now after 5 minutes..

We also had an Aquarius.. there was a DnD game for that ,that I would spend hours and hours playing...

Thanks for the trip down memory lane intrepid :-)

My old XBOX is full of Emulators. The only Kid on there is mid 40s if you exclude my Stepdaughter thrashing me on Gauntlet