posted on Apr, 15 2018 @ 05:34 AM
link
welcome Lord! don't worry there are plenty of people from the good o'l USA here that speak proper English! lol you will love the site

No arses or aliens.

originally posted by: Justso
a reply to: lordrehgar

You've been eating your own 'special' introduction cookies again.

originally posted by: Phage
Seeing as how you're not from Australia, you can stay.
But I have my eye on you.


We will get all of you soon.

originally posted by: Phage
a reply to: LightSpeedDriver

Kangaroo is an old Aboriginal word, Gungurru, from the Guugu Yimidhirr tribe in northeast. Originally, Captain James Cook called them Mee Nuah, which was a bastardisation of the Aboriginal word Minah, meaning Edible. Some erroneous claims state that the word Kangaroo means "I don't know." but that is probably because a thick English accent was indecipherable to the Aboriginal people. Much like today "Scuse me guv, wheres the old drinking establishment round 'ere?" "Uhh, I dunno"

And he is still out there today, seeking the "I dunno" tavern and grill in Cottesloe. A place renowned for lost weary poms who speak in a strange tongue, and pull faces at pedestrians when lost at intersections. 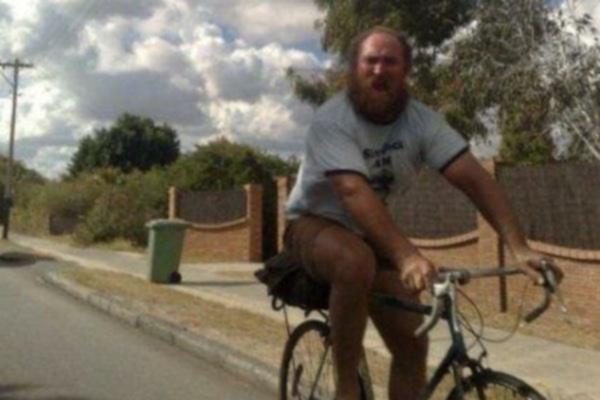 Onya Maddog... spent a new years with him once. Lost me bottle of plonk, and he doesn't even drink.. crazy old bloke. He's not a pom either, but if there was an Aussie equivalent, he'd be first in line.

To be fair, it is a scary place. Everything (including kangaroos) does try to kill you there. I'm amazed they are all so blasé with their "G'day mate" but I guess like most perils, after a while you get used to it.

I've been attacked by more immigrants than kangaroos.

It certainly looks ambiguous. Maybe it's just bisexual? (I am not a kangaroo expert)

Only way to find out is to stick your hand down it's pouch.

Yaaay!! Oh we used to love handy-pouchy in the outback. We'd either learn, or lose a hand. And 3/4 of a leg. Or the contents of our stomach.

Fun and games as a whipper snipper in those days.

.. or is it AsstrAliens. I can't remember anymore.

Orstrayen. That's how we say it.

I don't pray properly. My incantations often result in burning down houses, and the neighbours really hate the screams of the undead, returned to life only to seek to take souls back with them. Not mine though, one quick gander and they can't wait to get back in the salt circle.

welcome to ats. I too got a soft spot for Bigfoot and ufos. don't forget to check pout the aviation forum there are a couple of Interesting threads worth reading into rabbit hole wise.

speaking of Bigfoot you live in an area e i th any sasquatch sightings? if so then do tell. we need more sastalk around here.

No offence meant guv'nor. Here's a Castlemaine XXXX and a can of Fosters by way of apology!

both insults to beer.

LOL I know Australians here have told me as much but they were heavily advertised on British TV. Paul Hogan did the Fosters adverts, he could sell anything.

No offence meant guv'nor. Here's a Castlemaine XXXX and a can of Fosters by way of apology!

Well may we say "I run away", because nothing will save the youl! The Proclamation which you have just heard read by yourself is official.

Fosters is an American owned swill created in Australia by 2 Americans who thought they knew what beer was. They were unfortunately drinking solvent and plastic when they conceived the idea. The result is a hint of polymer with a rather strong glad wrap taste.

If the foam is brown, there is no frown. If it's white, might be alright. If it stays foamy in the glass the next day, stay away.

Hahn dry is the latter. VB is the middle. Swan Stout (or coopers extra stout) is the former.

Ahhhh, now stout is the beer to eat with a knife and fork. Forget the next day though, but... haha, who ever thinks about the next day...

Welcome aboard have a great time.

I don't think you can actually find fosters in Australia. it may only be for export.

XXXX is 3 percent. so I could probably ferment tap water and get more of a buzz.