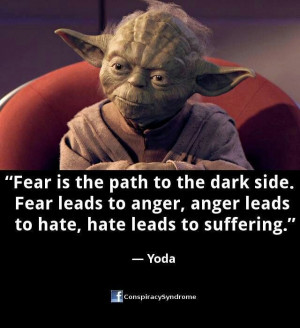 Well, to be fair, your comment can be interpreted different ways. Regardless, nothing that I said was incorrect, even if it was because of a misinterpretation of your intended meaning.

My apologies for the misinterpretation.

As for commentating on the OP's meaning of his title--I never said anything like that my dude. Those are not my words nor my belief.

Beneath every rock...behind every tree...under every bed...Those dastardly Russians and their pernicious bots infest the very fabric of our lives destroying what constitution we may have had...

The caravan is from central america, they are not mexicans. No one is "making demands". They are like a protest group that are going to ASK for aslyum.


Under Mexican law, Central Americans who enter Mexico legally are generally allowed to move freely through the country, even if their goal is to cross illegally into the U.S. Mexico, however, does routinely stop and deport Central Americans, sometimes in numbers that rival those of the United States.

Mexico doesn't have to stop immigrants from passing through it's country on the way to ours. It just did us that favor because we are allies.

Trump doesn't want to be allies anymore and this is what it looks like when we don't get help from mexico.
Just wait till the trade war with mexico over nafta gets going.
We are going to find out real fast how much we need mexico's help in this world.

They NORMALLY DO HANDLE this for us. Free of charge. Just to be nice.

But trump is bulling them.
So they think, why should we play nice with the US if it's just going to disrespect us.

Even if it's not russian bots it is still obvious that this video is circulating as part of a propaganda agenda.

Pushed by who? I don't know. But I do know it is meant to divide us.

This “caravan” of migrants has been organized by a self-described humanitarian group called “Pueblo Sin Fronteras,” translated: People without Borders. In a press release posted on Facebook on March 23, the group issued a series of demands to the governments of several Central American countries, the United States, and Mexico.

They demand that the United States “open the borders to us because we are as much citizens as the people of the countries where we are and/or travel.” They also call for an end to deportations of illegal immigrants in the U.S., a continuation of temporary protected status for refugees, and for the United States to defund the Mexican government’s programs detaining migrants to deport them.

posted on Apr, 3 2018 @ 04:28 PM
link
This has nothing to do with the caravan that is coming .
Only a person ignorant of what is really going on with that caravan would think that they will try something like what happened in that video.

This video is meant to make you connect the two. It is propaganda designed to make you fear the caravan.

Ok, so the group organizers did demand. oh no.

I demand that you stop watching fox everyday.....their demands have as much power as mine so why be afraid of them demanding?

The fact that it's got organizers tells me this is a harmless group of people trying to make some changes. They are doing it in a peaceful way. And they arn't even that many of them.

Stop being so scared.

Trump is using your fear to push his agenda. But maybe you are ok with that?

Did you read the foxnews article that says they are being peaceful?
That they are just a group bringing attention to something they are passionate about?
That some of them will be asking for asylum?

Peaceful groups make demands of foreign governments all the time?
jog on
Stupid people are being used to push an agenda.
Congress has not fixed our broken immigration system.
POTUS is doing his duty to defend our country as congress will not.

I hope most of them stay in mexico seeing how far they have walked. Reports show mexico is now offering them asylum.

posted on Apr, 3 2018 @ 05:02 PM
link
I doubt Mexico's authority's will do anything if they were going to it would have already happened so they will end up at the border creating an incident that will be the focus for weeks. It'll be all over the news! Watch for it.


You're missing the point. This type of thing is deliberately attempting to foment racial tensions and so destabilize US society.

This is about border security & illegal non documented people sneaking into the US and committing crimes, not paying taxes, receiving welfare and voting.
That's like me walking into your house sitting on your couch expecting you to make my dinner and not even offering to help at all...lol

I understand what the discussion is about.

I was addressing the idea that this story is being spread by Russian propagandists.