I'll grab us a booth overlooking the lake of flaming mucus.

I agree.
They're frocking hilarious.


Oh man, I'm paying for that one

That wasn't a veiled allegory at all.

That would be a first you skinflint. 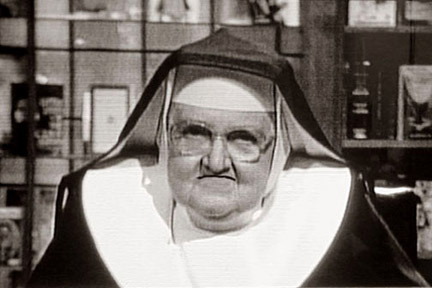 
Oh man, I'm paying for that one


"Get thee to a Punnery"

Lol, worth quoting the end of that passage


We are arrant knaves, all; believe none of us. Go thy ways to a nunnery. Where's your father?

posted on Mar, 25 2018 @ 11:08 PM
link
a reply to: zosimov
Well as this thread clearly shows chivalry was and is an antiquated system even back in the age of chivalry. And if anybody knows anything about history, most especially in the knights and shinning armor days, then yes door holding was and is the pinnacle and highest achievement and deed in all of chilvaric history.

Cant say I miss it. Not one bit.

And even 12yr old's are likely scratching there heads wondering why all the hoopla? I think for the most part people are making things to complicated, its simple really, most things are run on part by simple nature, you know millions and millions of years of fact and conditioning, the nature of men and the nature of women.

And if you want anything? Well ask. And if you cant do that? Then something is seriously wrong with ya.

But like Rodney King once say'd, cant we all just get along. Somewhere along there chivalry comes along. But you can call it whatever else you want to, and since this thing seems to be between men and women, whatever fetishes different people have. The rest, is purely rhetoric.

I really disagree with your analysis of what this thread clearly shows.
My view is that I wrote a thread (spent one or two hours on it, actually-- I try to be very precise when I think something is important) thanking men for a great impulse, and that the response was greater than I could have anticipated.

And I hope you were joking when you wrote that holding doors was and is the pinnacle of chivalry.

One thing I can agree with you on is this: Rodney King was a really great man and I love his quote and how and when he delivered it.

originally posted by: intrepid
For the older men.

Imagine the lap dances in that...from all the grateful women we've held the door open for.

You are Welcome, and Thank You for this Thread!
It warmed My Soul as I try to help whenever the need is there,
and at times that it is not.

posted on Mar, 26 2018 @ 11:58 PM
link
a reply to: zosimov
An interesting take on it. And I don't just say that as a conversation ender, in some ways it is interesting. However there are more interesting stuff to be about.

posted on Mar, 27 2018 @ 03:53 AM
link
I think this thread is actually extremely important, as it shows how a society is either solid, or falling.

Holding the door for someone, man or woman, is a courteous thing, but not only that. It shows that you care for the flow of others' lives along with your own.

No one has to hold a door. But if you do, you make it that much easier for people to go through it. If you don't, you make it that much harder. I've had people let the door slam on me many times, because I'm tall and white. I don't deserve to have any help. I hold the door all the time, because it's weird to let people have doors slam on them. Why do that? I don't care what gender you are - you're doing through that door, so why not keep it open long enough to accomplish the mission?

I say hello, thank you, and How are you? to people I meet, or those who work at stores. They deserve to know that I'm not angry, not going to berate them, that I'm comfortable to talk with and will work with them. So many times, I see people not even bother responding to the "hello" from the worker. That is disgusting.

And, conversely, I've had this happen more times than I wish ever would:

Me with receipt: Thanks so much.

They're at the wrong job. They can do that all they like, but they're absolutely at the wrong job. You don't learn how to be a normal human by being a crappy checker. They owe the store, not me, an apology. I know they lied when they said they can work with people. If you cannot talk with someone directly talking with you, find another job.

I've been tempted to let doors fly in the face of women, being that they're the only ones who act like I've offended them by holding a door open so that it doesn't slap them in the face (why are they so close behind me and complain that I held the door open? stay back if you don't like it). But I won't be that man. What an awful creature.

On the other hand, I will not allow people to act like fools and block whole isles in the store just so they can read every word on a can of soup. When I see this, I walk right up to them and stand at attention, looking down my nose at them. They -feel- what I'm doing just fine, and huff and move their cart. Such action as blocking isles is worthy of retort, especially when plenty of isle is available.

posted on Mar, 27 2018 @ 12:55 PM
link
Years ago I was like this but after so many toxic remarks from' women my natural chivalry just died. i my opinion women aren't just worth the hassle. I live alone and am happy that way. What is the point anyway ? Women today want to be independ , one can't even say that there is a difference.

In the past that difference between men and women made strong familys and eventually a strong nation.

And Now ? Well I think that TPTB want to destroy every aspect that was once human. It's an Agenda nothing more. It's divide and conquer.

And uptight feminist want to conquer no question about that. So I wont open a door for any women , chivalry is just something that isn't part of society anymore.

originally posted by: frenchfries
In the past that difference between men and women made strong familys and eventually a strong nation.

And Now ? Well I think that TPTB want to destroy every aspect that was once human. It's an Agenda nothing more. It's divide and conquer.