Its kept the Kim family in power in NK for what...4 generations now?

I think it is hilarious, because I am against anything 'politically correct', in general.

I guess check my head first

There's a lot of 'I' in your post. That's the problem. Why should anyone give a damn what you find offensive? That is your cross to bear.

Bam. And no one forced anyone to watch the video.

I don't encourage anyone to go do this in the streets, but that would be a little different (although as citizens in free societies we sometimes have to tolerate other people expressing their freedom).

For instance, I find it offensive people want to limit free speech.... But I will defend the right to voice the opinion to want to limit it. I will also tolerate it. But I'll use my voice and voting power to disagree.
edit on 21-3-2018 by CriticalStinker because: (no reason given)

Our laws should be there to through to prevent and punish real criminal acts.

End of the day i think it's simply a waste of monies and resources to prosecute the silly twat.

This guy just a sad little racist with a penchant for teaching a dog stupid tricks probably in an attempt to draw attention.

Not to mention outrage will only fuel comedians to try and one up this guy.

Actually, I don't believe he's racist at all...he began the video by saying that everyone thinks his girlfriend's dog is cute, so to mess with her he's going to train it to be the ugliest thing he can imagine...a nazi.

Not to mention outrage will only fuel comedians to try and one up this guy.

Anyone come to mind?

originally posted by: Flatcoat
a reply to: andy06shake

Actually, I don't believe he's racist at all...he began the video by saying that everyone thinks his girlfriend's dog is cute, so to mess with her he's going to train it to be the ugliest thing he can imagine...a nazi.


Exactly right. He explicitly stated his intention to be offensive, and was nonetheless convicted of crimes.

posted on Mar, 21 2018 @ 10:40 AM
link
It is a comedy video, meant to be funny. What the hell is the world coming to. I can see some people taking this wrong, that happens with comedy often. I cannot see charges brought up against this guy for hate crimes though. Since when is being distasteful and an idiot a crime? If it was, Trump would probably be in prison for life. I do think Trump is steering our country in the right direction, a conservative and Republican direction that has been ignored, but he does have some problems with being politically and socially correct in his tweets and his speeches.

the sun offends my skin , lets strike it out of the sky!

is what they will say next

The thing with most racists is that the majority of them don't even really understand why they are racist.

It can be a generational thing, passing along silly unfounded prejudice from father to son and so on.

But at the end of the day, we are all a hell of a lot more similar, than we are different.

Which is why the majority of people should be able to laugh at Muppets such as this(at them not with them) thus condemn there outlandish uneducated pranks for what they are.

After all "we are all Jock Tamson's bairns" like it or not.

You can only laugh at comedy approved by the Ministry of Jokes.

So no laughing at stuff like poppycock, absurdities, or rubbish.

The thing with most racists is that the majority of them don't even really understand why they are racist.

That’s true. The idea that Jews and other minorities need to be protected from offensive material is especially racist, and authorities don’t even know it.

originally posted by: Hazardous1408
1) Not An “ISIS Flag”, it’s the Black Standard.


2) Asians are investigated, charged, prosecuted and sentenced every single day all over Britain, the “racism” schtick just doesn’t hold water when it comes to THE LAW NOT DOING THEIR DAMN JOB.

Note, they weren’t accused of racism, they decided to flaunt their tax-payed responsibility because they “feared being called racist”...
Which is hilarity as well as tragic because, again, minorities are dealt with by the Law every single day!


3) We don’t like Nazi stuff in Britain. Fought a war over it. Lost ancestors because of it. Tough luck, kiddo. Give him a cell with Paul Golding somewhere away from GenPop.


This is such torture. Why weren't all the first wave of punks thrown in jail for actually wearing swastika's?

One of your biggest exports of music was named JOY DIVISION. Ring a bell pal?

Ever seen the cover of their first album? Look it up. Seems very Nazi to me.

Face it, your laws suck and trying to explain it away as no big deal is bull___.

Did you know that Stalin murdered more people that Hitler? Vastly more. I bet you that absolutely no one would be offended in your country if someone showed up to a costume party as Stalin would they? Of course not, because the marxist are on your side?

So annoying and pathetic that anyone would think that this guy deserves any time in jail.
edit on 21-3-2018 by Fools because: sp

You mean these guys? originally posted by: sapien82
a reply to: bigfatfurrytexan

Norman Lear as well. Look up AITF's "England is a fag country." on YT. Think that would fly today? I know one guy that would though: 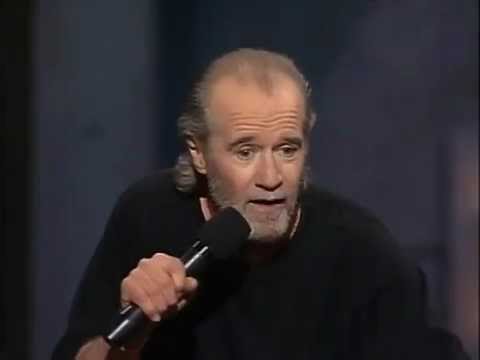 The very powerful and the very stupid have one thing in common.

They don't change their views to fit the facts.

They change the facts to fit their views.

posted on Mar, 21 2018 @ 11:27 AM
link
Obviously they don't want people studying the history of Empire, especially Nazi Empire, because we are repeating that epoch, using their methodologies, propaganda and weapons, developed to an art.

Questionable really as to who won the second world war.

All one has to do is to look at who profited from both the allied and axis powers.

End of the day the banking houses, cartels and big business, corporations were the real winners.

As to there methodologies and/or propaganda, well those essentially remain the same, divide and conquer via class war and religious indifference. And will continue to remain the same whilst we follow the same paradigm we had done throughout recorded history.
edit on 21-3-2018 by andy06shake because: (no reason given)

I fully stand behind Mark Meechan. No one should be convicted of a crime over a JOKE!

When I saw the headline this morning my heart sunk. I could not believe the depths of tyranny my country has sunk today.

And I am very tempted to set up funding page so collect money for Mark a POLITICAL PRISONER so he comes out of prison far better off than then when he went in so he can laugh in the face of the Government.