Wisconsin Congressman Sean Duffy believes "absolutely, wholeheartedly" that Democrats will vote to impeach President Trump if they win control of the U.S. House of Representatives in November.
"Democrat candidates might be sketchy about admitting that, especially in more 50-50 seats, but of course they're going to impeach Donald Trump," Duffy told News/Talk 1130 WISN's Dan O'Donnell on Friday. "Do you think that MSNBC or CNN would allow for anything less? And by the way, there aren't that many Blue Dog Democrats left in Congress. They are radical leftist, socialist Democrats. They are like Nancy Pelosi. They are far-left people.
"That's who's winning their primaries, and do you think that the far-left 'Resist' movement base of the Democrat Party would accept anything other than impeachment?"
House Democrats took two impeachment votes against President Trump in the past few months, gaining support for impeachment by the second vote. 58 Democrats voted to impeach in December, while 66 voted for impeachment the following month.


Lets put our cards on the table, shall we?

With the possibility of dems returning to power in the House, they will more than likely vote for impeachment.

But that doesn't mean he'll be gone, my little angry sugar dumplings!

Impeaching does not oust a president.

I mean, look at Clinton! Did impeachment even put a stutter in his step?

And if, by chance, the Senate rules of some such allow for a vote to oust Trump do the leftists really want to piss off 65 million (according to the leftists here) tiny-penis, mental defects with guns?


Your thoughts, as always, are greatly appreciated.

My thoughts are that this is so very typical.

When the Dems retake the House in November and bring up impeachment charges, they will vote to impeach him, as should happen. From profitting off the presidency to obstruction of justice, I believe Mueller will report crimes that represent significant felonies that merit impeachment.

The Senate likely will not have 2/3 the numbers needed to convict bc quite honestly, I don't see many Republican politicians being that bothered by Trump being heavily involved with the Russians, so long as he is anti-democrat, that's good enough. So, it is unlikely that Trump would be removed.

What I find very typical and predictable is the inference to impending violent response referenced in the OP. The premise is a 100% constitutional impeachment, as meant by our founders, - and as attempted by Republicans over Bill saying there "is" no affair with Ms. Lewinsky (you impeached him over saying "no, there is no affair" bc he interpreted it as being past tense). Despite the inference that all this would be legal, all of it would be as envisioned by the founders, the right would respond with violence - the threat is right there, "do you really want to upset us? We have a lot of guns."

Tells me how "patriotic" you are. Tells me you're just a sore loser (should it happen, not saying it necessarily will). If the country uses the constitutional mechanisms to remove a corrupt president who happens to be YOUR corrupt president, look out, because there will be violence.

Banana Republic is what we are, and the OP feels entitled to use his gunz to override the vote.

This thread is "literally" Mein Kampf.

And "Mein Kampf" is also the Dutch term for a whales vagina.


True.
Most people don't know that Hitler was literally Dutch.
Sadly, his sequel to Mein Kampf (The Third Dike)...never made it to publication.

"The Third Dike" did become a movie. But it was retitled as "Forest Gump".


The impeachment will happen, but there will be no proof, no charges from the Mueller investigation.

If the only grounds for impeachment is Russia I'll never trust the system again. I don't really like trump but I really hated Hillary. The country elected trump. The democrats really do sound like children

I think we're in a stage of apathy with Trump impeachment. I mean what would be point(after the mid term). The time it would take would take it to the end of his term. I see this as fear mongering. Get those Trump people whipped up. Make sure no one stays home in 2018.

I really do believe that House dems will vote for impeachment simply because they don't like him.

originally posted by: DBCowboy
This will set new precedent, dangerous precedent, in my opinion.

It would also send a message to the electorate. "We're petulant." If they think short term it's possible. Are they that stupid?

originally posted by: DBCowboy
a reply to: intrepid

I really do believe that House dems will vote for impeachment simply because they don't like him.


originally posted by: DBCowboy
This will set new precedent, dangerous precedent, in my opinion.

It would also send a message to the electorate. "We're petulant." If they think short term it's possible. Are they that stupid?


Like I said, they don't have to worry about the electorate. They're safe in that regard because their seats are secure. We have 1/3rd of the country believing that Trump is "literally Hitler" and should be taken out.


Evidence is secondary. They don't care about evidence.

They just want him out!

If you had a chance to stop Literally Hitler, wouldnt YOU?!?!


And that is the reasoning they will use.

The leftists will save us from the tax cuts!

BUT little have they realized they'll cease to exist! There simply couldnt be SJW ideology / methodology without The Nazi Playbook they follow.

originally posted by: DBCowboy
a reply to: face23785


Evidence is secondary. They don't care about evidence.

They just want him out!


That's the vocal crowd. Same as the ones that refuse to see anything wrong with Trump's foibles. He has them. There's a vast majority out there that actually think. Then there's the Centrists.


And do it in comfort. 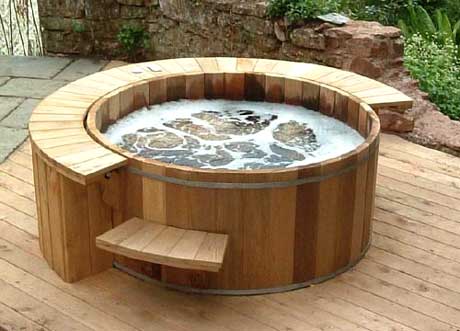 The "vocal crowd" will be running the House in a few months.


Centrists have the life expectancy of a may fly.

BUT little have they realized they'll cease to exist! There simply couldnt be SJW ideology / methodology without The Nazi Playbook they follow.


So they can't take out literally Hitler or Actual Hitler because they would cease to exist.

originally posted by: DBCowboy
a reply to: intrepid

The "vocal crowd" will be running the House in a few months.


Centrists have the life expectancy of a may fly.


I wouldn't be so sure. They've got a winning streak going for sure, but special elections are special elections. Two had pretty extenuating circumstances, we had a pedophile running in AL and basically two Republicans running in PA. The midterms aren't going to be like that. Rs definitely need to step up their voter turnout for sure though.

When you hear people claiming the Democrat party is dead, all they're doing is making people think they don't need to go vote. The Democrats made the same mistake after Obama won.

posted on Mar, 17 2018 @ 11:50 AM
link
Impeach 45? This crap has been going on since before the man took office! He has been accused of treason, obstruction, mental illness, Alzheimer's and an affair from 15 years ago. The only thing that I see that Trump has done is win the 2016 election. The left can't get over that he defeated them when the election was "fixed" for Hillary. What you are seeing is a melt down by the left in this country. Even the DOJ and FBI were in on "the fix". Obama has weaponized most if not all government agencies just to insure his radical ideas will go forward. Activist judges block any changes to the "Obama doctrine" proposed by Trump while he is operating under lawful presidential powers. If you are looking for obstruction, start here. Even FBI even had a plan to remove Trump from office if he had won. The firing of McCabe is just the beginning of the "coming to light" of their misdeeds. In other countries this is called a COUP which by all standards is "TREASON". Had Clinton won the election nothing would have come to light. This is why the leftist are clamoring for the impeachment of Trump. Al Green (D-Tx) had moved for impeachment over "dissing the NFL" which by his standards is high crimes and misdemeanors. Maxine Waters (D-Ca) has yet come up with a reason for impeachment but is constantly chanting "impeach 45". Adam Schiff (D-Ca) has been saying for 14 months he has information too secret to share with the public that means immediate impeachment but nothing so far. The Inspector General's report is coming soon as to what he has found. I believe, this is why McCabe was fired yesterday. I also believe that McCabe will be charged with felonies after the IG's report is made public. Be forewarned to the media melt down as soon as it is made public!