originally posted by: AnkhMorpork
a reply to: eisegesis


Please communicate plainly and clearly or don't bother. No game playing is needed. Thank you.

I do as I please, thank you. I redacted it myself.

1977: "We have programmed a significant portion of the population for A01 and the follow up A03."

Yes that's the one. 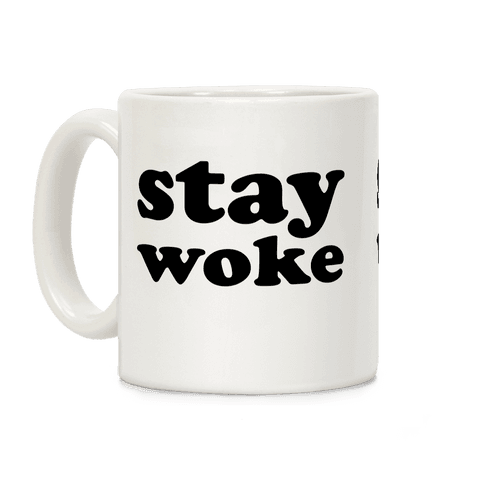 An interesting line from the Dark City summary video resonated with a response from Greenanon earlier this evening... the strangers "inhabit our bodies as energy" roughly.

The obvious question is are some of us inhabited or all?

Makes me think of the 2012 threads, moving to the Age of Aquarius and the need to increase our "frequency".

In such a scenario would this Q process assist in us collectively changing our frequencies to the extent that MK Ultra/RFID/Alien inhabitation of humans no longer work?


In such a scenario would this Q process assist in us collectively changing our frequencies to the extent that MK Ultra/RFID/Alien inhabitation of humans no longer work?

posted on Feb, 15 2018 @ 06:55 PM
link
The purpose of evil is to train us to transcend it. One of the ways it avoids being overcome, is by being hidden. Its more difficult to overcome stuff you dont even know is happening. The moment evil can be pinpointed, it can be dealt with and then humanity can move beyond it.

originally posted by: The GUT
Has anyone mentioned Lt. Col. Michael Aquino's dissertation from his book Mindwar about the manipulation of the frequency output of computers and other mediums for mind-altering uses?

Not sure about this link as far as accuracy, but it will at least introduce the idea and suggest search terms.

Michael is also a member here at ATS and has connections behind the scene as well.

I feel that the "works" of people like satanist Michael Aquino and their ilk and their research orgs are in large measure to blame for a lot of the # that goes on behind the scenes.

Their focus seems to be on every manner of overt and covert form of manipulation and indoctrination and initiation into things that are harmful for the human being, who was made to be free.

What they "sell" is the opposite of liberty, and it's dangerous and can even open people up to demonology and the invasion of evil spirits and well, stuff like possession and poltergeists and whatnot - which seems to be their AIM.

Not the best use of their time, energy and intelligence.

I've conversed with him in the past while working hard to deprogram some of his followers and adherents. He's smart and highly manipulative, but as cold as ice. There's no love, no warmth there whatsoever.

People like him feed on the human psyche and wish to harness it's energies for a satanic agenda.

They are not to be admired.

Noetics was popularized in the Dan Brown novel "The Lost Symbol" 2009.
1970's I remember hearing about it from a guy named "Ben" while riding around in his Audi with him.
Got the impression it was something borrowed from an earlier time, probably military.

Movies like the Matrix are forms of information disclosure. They use things like that to tell us what they're doing, have done and intend to do. Their religion requires that they do this.

With that in mind, consider the advantages they have when they can induce suggestions of hopelessness and defeat. If they convince us that no matter what we do, we'll never be free, then they win. Because when we think something is hopeless, we tend to stop trying.

It is important that we not give in to that fear and defeatist mentality. In a world with no coincidences, it is certainly no accident that doubts like yours start to surface just as we are on the verge of revealing a shocking truth.

Simply put, if they get inside people's heads and sow doubt and fear and hopelessness about a situation, then those people will avoid looking further for a way out of it.

originally posted by: The GUT
Has anyone mentioned Lt. Col. Michael Aquino's dissertation from his book Mindwar about the manipulation of the frequency output of computers and other mediums for mind-altering uses?

Not sure about this link as far as accuracy, but it will at least introduce the idea and suggest search terms.

Michael is also a member here at ATS and has connections behind the scene as well.


Has anyone mentioned the possibility of music in all of this? The uses of music frequency to help entrain the mind?

I recall a concert festival. It was a traveling festival from a few years ago. There was an intro movie that used a lot of the language we're talking about now, but I've been scouring YouTube for it which is hard when you don't know what it was called.

Several of the truthers I followed were all over it at the time. I may have to go search through their archives to see if I can dig it up.


originally posted by: ketsuko
a reply to: dashen

Remember, we've been told we're "safe" unless we're prone to mental illness. I think you have to be "prepped" for this to work on you.

Its probably wise not to go into the paranoia that anyone can be mind controlled at any time, all therapists are in on it, your local grocer is in on it, etc.

Breaking people with MK only works on people who are already broken.

However, over time, an entire population can decline and become more susceptible to...further decline.

That I agree with. We're seeing the results of that decline in our culture now.

But that plays into their hands too. A society of people who cannot rule themselves needs to be ruled, and that's part of the game, isn't it?

Even the ones who don't end up broken enough to be useful will be broken enough they can't live without being guided by the hands of their overlords, and who might they be?

None of that is new to me, and it's nothing I haven't said before.


yes you are right and thank you for your reassurance. mk in hollywood as green just mentioned.

my fear was/is, and i have seen this happen over the years on ats, some people get sucked in ( has happend to me)
and want to out all information or switch sides, because of trojan rabbitholes. in our situation today, that is a make or break.
if we dont stay, might i say, in touch with our reality and our bonds we will get lost and lose the "game".
sometimes it helpes me to think, just by saying what bothers me. sometimes the words of others help sort my own words.

and other times things(fears) just need be acknowledged to work against them..

"What [3] scientists were killed who were researching the SAT relay of mobile phone signals to end users?"

Made me think of MH370 disappearance and the theory that 2 of 3 of the prospective patent owners for a new chip were lost on the plane... if memory serves the 3rd and surviving worked for the government and the patent therefore become wholly owned by the government? Might need to cross check facts on the MH370 threads!

Disconnect and eventually you will cease to exist.

posted on Feb, 15 2018 @ 07:30 PM
link
Wow..this thread is DEEP today! We go from talking about a Uranium shipment yesterday, to population mind-control today. Since I don't recognize/understand this mass mind control, I'll read and learn until the thread shifts back to "simple" things, like Adam Schiff being involved in a murder.


Why is Big Pharma essential? Expand your thinking past cures.

if it isnt for cures, maybe its for easy solutions to mk. as in: how does the brain work?
brain scans, pictures/videos of dreams - who's to say they can only "take" pictures from dreams?
if they can plant emotions/feelings, why not wireless programming? who's behind the studys?
just questions i know. sometimes they help

Anything go to VM?

Giving me chills over here my friend. One of the private calls left a message. I got an alert for it. But when I go into my voicemail, there is no message there. And the alert disappeared. This is very strange.

What was the last thing you posted here before the calls started?

The first private number call came in at 15:05, shortly after I posted those. I'm on central time, btw.

But the other calls that just show a random string of numbers like this: 0101011001101 have been coming in since yesterday afternoon. And they aren't showing in my phone history. The above string I wrote down. I didn't think to do it with the others, stupidly.

And ever since I posted on here that this was even happening, the activity stopped. Completely. It's very strange.

MRU often gets overlooked in discussions of projects related to MK and other mind-control human-use experimentation projects (Artichoke, Bluebird, etc.)

I had some dealings with a guy who worked there. Richard Alan Miller. I'm quite sure his head was dabbled with too. Another place where science and the black arts mingled.

And of course the MK research and operational uses never stopped. There's not much room to argue against that.

Modern Social Engineering is some of it's fruit of course.

We have so many Q posts that need further digging and illumination!

I'm sure we are being inefficient in our efforts because we all move on to the latest hot post to investigate - thereby losing focus on the others.

A) That members post a one line "Hopping into Q #nnn" when delving into investigation on a particular post?
B) That once we see that 3 or 4 of us are already investigating Q#nnn, the rest of us consider investigating other Q posts instead
C) Once the 3/4 have reported back initial investigations we can all build on that or delve as a second wave

This is only a suggestion to advise each other so that we still all have the choice whether to delve or not... but based on knowing who else is already on it. An advisory rather than a rule.
edit on 15-2-2018 by RelSciHistItSufi because: (no reason given)