The Democrats are negligent and responsible for GOP train wreck.


originally posted by: burdman30ott6
a reply to: Violater1

Why even attempt to politicize this? Seems foolish to me.

I agree. The better strategy for Republicans is to say nothing. Then cut funding for railway gates later on. We don't need BIG government!

Railroads are, in most cases, private or psuedoprivate state level endeavors. Crossings are paid for jointly by the rail company that owns the right of way and the state department of transportation. Federal funds are available under HSIP (Highway Safety Improvement Program) and federal matches in some states for STIP (State Transportation Improvement Program) projects, but the money requires proposals be written by either the state, rail company, or municipality government and then those projects mandate FHWA review and approval along the development of the project. Most HSIP funded projects require certain thresholds regarding accidents, fatalities, or capacity insufficiencies be met before the FHWA will approve federal funding. On a low volume rural route such as the road this happened on, it's unlikely they've had prior accidents or volumes to warrant any improvements beyond the existing crossing safety installations. The driver shouldn't have gone around the gate, and you can't fix stupid.

Or they may blame the stupid idiot who tried to race a train.

Didn't we just work together on "12 Strong"

edit on 31-1-2018 by Mike Stivic because: re-read my post, realized the hypocrisy and chose to redact

originally posted by: Violater1
a reply to: Violater1
oluaru...sorry, I don't know what you mean.
I am surprised that Ye Exposure of the Hairless Armpit has chided me yet.


Shot here in tamalewood....I was a driver, thought I recognized you from the Mtn. scene.


Of course, the democrats will blame The POTUS and shout,"trumpkins," and continue to spew more bigotry, prejudice, and racism.
When will the people voting democratic finally say, “Enough is Enough!”


When will people like yourself stop misrepresenting and embarrassing your POTUS and your country to score political jabs as if this is all just some childish game? Enough is enough indeed. 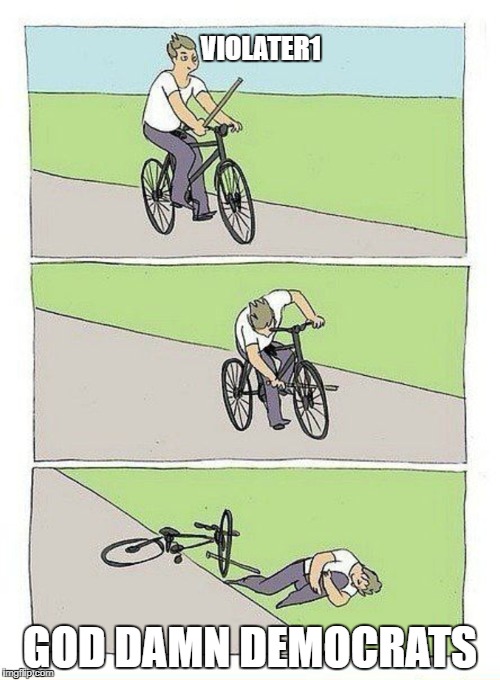 posted on Jan, 31 2018 @ 08:20 PM
link
All those mass shootings? The fault of Republicans for not wanting stricter gun laws!

Pretty dumb argument I just made isn't it? Same goes for yours.

posted on Jan, 31 2018 @ 08:26 PM
link
What's sad is that the OP actually went out of their way to somehow blame Democrats for this accident.

You hear about a tragedy and automatically go looking for reasons to blame someone other than the ones involved in the actual accident? Dumb. Way to look like an ass.

I may not agree with the premise of this thread, but I will say that some of the lefts response to this is appalling. Looking at you Jonathan Tasini of CNN...

The POS is actually thanking god for this tragedy!


Tasini advertisers himself as a CNN commentator and Sanders surrogate in his Twitter bio, and he does appear regularly on CNN, and has a published column on CNN. That statement is about as dumb as the premise of this thread.

So your saying this happened because of less regulation.

CMON man! This is ATS. Look deeper! That refuse truck was full?, half full?, you get the picture. My garbage man came early this Thurs. Morning. It's a weekly pickup, and I can darn near set my clock by his schedule.
Now that train was a "CHARTERED", EXCURSION job. So it wasn't on any published schedule.

Back in the First Cold War days, the Greenbrier was the Gov't's panic palace, in case of a nuclear attack. So do you think that the Russkies would have waited for a train schedule before they unleashed nuclear hell onto Wash. D.C.??? And what really got me was how in Hades, would our INTEL ( I.C. ), let a stray vehicle block the main escape route, and demolish what was left of our Nat'l Gov't, in a train wreck.

But those refuse collectors were on some kind of schedule. So, how many times had they snaked their way through that crossing?? But wait, there wasn't any scheduled trains at that hour, since this was a non scheduled excursion run. So now it gets serious. How many spurious times has that crossing been blocked for that garbage truck, with no trains involved.

Did they become complacent, and jump that closed crossing so that they wouldn't fall behind their own refuse collection schedule?? It's hard to ask that truck driver, as he was killed. My take away is that those fellows in his cab, were the guys picking up and dumping garbage cans along this route. I also doubt that the loco hit the truck, doing 70 mph. I think that the damage would have been as bad as from the 502, Du Pont, Wash. trainwreck, from a few weeks ago.

So did our Deep State just send one Gawdawful warning to the House Repubs, about their voting to release Nunes's memo?? If this set of rails, was and still is, the main line for a retreat from Wash. D.C., to the bunkers under the Greenbrier, then every possible scenario has been worked out, to prevent exactly what just happened.

Jimmy'in a few fake flashing lights at that crossing, plus watching that scheduled garbage truck repeatedly cross over it, gives some bad actors, the window to fix the train's departure, at exactly the right minute, in order to get to that crossing at the same moment, as that truck would be snaking through those guards.

Did that deceased truck driver just say, enough, I'm going across this blanketey blank crossing, after sitting in front of it, picking his nose, over the last several times?? He was on the clock, and trying to complete his route, ON SCHEDULE. OTOH, That excursion AMTRACK train, just got there, when it got there.

However, someone at the Wash. D.C. end had to have given the green light to this AMTRAK engineer, to start his EXCURSION train run to the Greenbrier.

edit on 1-2-2018 by carpooler because: Blocking all the RR crossings

I think you have that backwards. Democrats are the ones losing power in this country with each election.

originally posted by: Swills
a reply to: Violater1

Your wrong.
1. I would not curse anyone.
2. Is this the best you can do An 8 year old can do a better job.
3. Your the one who has lowered themselves to ad hominem remarks.
4. Show me Republican states where train wrecks have cost lives.


originally posted by: Violater1
a reply to: Violater1
oluaru...sorry, I don't know what you mean.
I am surprised that Ye Exposure of the Hairless Armpit has chided me yet.


Shot here in tamalewood....I was a driver, thought I recognized you from the Mtn. scene.

Driver as in taking us back and forth from Lowe's and Abq Studios?