Point being, Trumps never pretended to be anything other than what he is. All too many Dems, III included, like to come across otherwise...

As opposed to a silver-spooned millionaire who is the President?

You'd expect that from the Republican party. Democrats used to represent the "little guy". Having a super rich guy deliver their message tonight, demonstrates how badly the DNC is hurting...financially and mentally.

I've heard of pausing in your speech to make an impact.... but Joe took it to a new level tonight.

I would disagree with that statement. Trump never admits that he inherited millions of dollars or the loans he was given by his father, rather he tends to avoid such. As I recalled, he keeps stating he worked hard and earned his money, yet leaves that small bit out. Yeah, I agree... Kennedy was about as bad as I could have imagined. In his defense, how does one refute a speech that clearly reached across the aisle and offered deals that no true Republican pundit would ever have considered? That's why I voted for Trump... because I didn't then, don't now, and never expect to see him as a dyed-in-the-wool Republican. He's more of a populist on the Republican ticket.

Had Kennedy had any sense, he would have thrown together something unspecific but agreeing in principle only with Trump's proposals, to save face yet leave an opening to fight on when the details came out. But he didn't. Instead he threw out what sounded like a stream of consciousness of talking points, with no reference to the speech he was supposed to be rebutting.

Overall, I am pleased with the general proposals Trump has laid out. He spoke on topic, with great segways and effective use of the people he invited in order to drive home his points. He praised America instead of condemning us, something that was once considered a foregone conclusion but recently has become far too rare. He challenged America to do better, and clearly explained what he wanted to accomplish to help us do better.

The Democratic response to him, both during his speech and afterward, was embarrassing. A refusal to stand or applaud those who have given and lost so much... including a war hero, grieving families of crime victims, and a North Korean refugee who was trying to help those left behind, holding up the crutches he had to use after North Korea amputated his legs without anesthesia. They came off, IMO, as beyond petty... spoiled, pouting brats that had no respect for anyone but are full of irrational hatred for someone that loves America. The official response compared to Trump's speech like a crayon drawing from a three-year-old compares to the Mona Lisa.

Maxine Waters did the smartest thing she could have done... bailed.

As others have mentioned, I want to see action now. Trump finished the easy part; he talked about it. Now do it. But based on his record so far, I do actually have hope he will do it. I haven't had that in a very long time. It feels good.

I do believe this was the turning point for the 2018 elections, and the Democrats blew it.

We have our own ORANGE and he feels you! 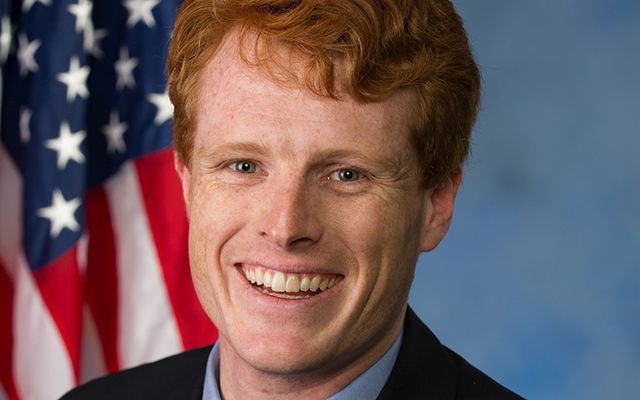 originally posted by: sdcigarpig
a reply to: seagull

I would disagree with that statement. Trump never admits that he inherited millions of dollars or the loans he was given by his father, rather he tends to avoid such. As I recalled, he keeps stating he worked hard and earned his money, yet leaves that small bit out.

The difference is that Donald Trump sincerely loves this country and wants to give power back to its people. Who cares that he turned a million dollar family loan into six or seven billion. He built that!

For your listening pleasure:

Regarding the Dems... I saw in their faces tonight a serious look of loss. It's ironic that they all wore black tonight... like they were attending a funeral. Little did they know it was to be their own. Thank you for your thoughts. Trump never admits that he inherited millions of dollars or the loans he was given by his father, rather he tends to avoid such.


I'm not going to let this one slide. It is false. Trump has openly admitted both the $1 million loan he started with from his father, and that he inherited quite a bit more after his father died. What you are leaving out is that a million is nothing in Manhattan real estate (as in literally a few square feet of property, smaller than a grave plot), and he was already extremely wealthy when his father died. He did build his brand from a trifling of capital, and he did it primarily on his own.

Try to at least use talking points that haven't been thoroughly debunked.

I saw it as a look of realization... about the same thing. I cannot help but remember 9 years ago, the celebrations and exhilaration that gripped the same Democrats who today sat hunched with that helpless look on their face.

I have said for years that the Democratic party was engaging in social experiments that weren't experiments. In an experiment, one analyzes the result before taking the next step, but they seemed to want to ignore the analysis part. Tonight, I think maybe it set in that their shortcuts and headstrong willful ignorance of the actual results of their programs had caught up to them, and their power was gone because of it.

At one point, the camera picked up a few Senators who actually looked like they were going to break out in tears while listening to Trump's rebuttal of the chain immigration policies. posted on Jan, 30 2018 @ 11:43 PM
link
I thought the Democrats were supposed to fill up seats with DACA recipients and "Dreamers". Where were they? I bet some of the Dems squirmed when Trump started talking about MS-13.

Yeah, it's a poll, BY CBS! If those are the numbers they are admitting, well, even some Democrats appear to waking up.

I thought it was fantastic.

My husband, who is a quiet, strong type, actually had a tear. That’s because there are really good, sincere people out there who see what’s happening to our country. And it really saddens them and makes them feel helpless.

Trump offered up some hope that we can return our country to some semblance of what it was before 911 and the Cabal agenda.

What an amazing country this is. I hope we can save it.....

If there’s one thing for sure... I love this country.

What a contrast that speech was compared to watching snowflakes screaming at the sky in vagina hats.

I wish I could give you 10 stars for that message. Awesome words!