Yet here you are.

Like it has already been explained to you, no one here has completely eliminated the possibility of this being fake. We're past that. It's the research and things we uncover that is enjoyable.

Your questions don't get answered because they've already been talked about over and over and over. It's not our problem you're too lazy to go look.

Keep on with your cool buzz words like woke AF, you fly hipster you.


Trump is icon of capitalism. I really do not have him as idol - I'm far more left (in traditional meaning) then Sanders is. But what is Q posting simply add up and is in line with how I understand The World.

On other hand I agree with IgnoranceIsnotBlis that Q is large scale PSYOP and we should be very careful with our conclusions and ... hopes.

And of course it is fun. Much better then talking heads on TV. So please leave us alone with our delusions.


Add2: Be polite and when entering Bedlam do not call everyone insane.
edit on 28-1-2018 by JanAmosComenius because: (no reason given)

posted on Jan, 28 2018 @ 07:40 AM
link
Darn, woke up this morning and my favorite thread is once again hijacked. Oh well, it makes catching up go quick since I just ignore them and any replies to them, but page after page? I think we can do better.

Solution = turn your back .

originally posted by: tjack
Darn, woke up this morning and my favorite thread is once again hijacked. Oh well, it makes catching up go quick since I just ignore them and any replies to them , but page after page? I think we can do better.

Best thing to do

I'll be paying close attention to this gem. thanks for the link Sky

Here is the link to the PDF.

posted on Jan, 28 2018 @ 08:55 AM
link
I wonder if the Canadian Billionaire couple murdered at their home has anything to do with all of this?

Remember when police right off the start said it was a suicide but their kids thought foul play?

They have some links to the CF and Haiti from what I remember.

People I try to respect keep saying this is all really important... ground shaking stuff...so big its even deserves taking all the credit for decades of 'anti-NWO movement' type stuff...

Q whomever it may be, has brought about a viral interest into what has historically been called Tin Foil hat nutter material. A lot of the material that you have tirelessly sought to expose on here, you just listed a nice compilation of this work.

I think we are living in a very interesting time, one in which a Pepe Meme literally had an effect on the 2016 election because of anons simply causing Chaos in a humorous fashion to honor an ancient god called KEK.

I have been skeptical of Trump since he announced his run, I had figured he was their to guarantee Hilldogs presidency or be the elites plan b. As I have observed his presidency and the continued vitriol coming from the MSM watchdogs, I have had a hard time understanding the social engineers game plan.

Observing the Rothschilds vehemently decrying everything Trump does is another thing that perplexes me, but I think the most telling has been the take down of the sick child trafficking Saudi princes. Also the way Q was pointing them out.

A year in and we have seen human trafficking arrests jump up to over 7000 in 2017 alone. We have a sit down of Trump reallocating federal resources to end this scourge and we have the proof of that.

We have people like Craig Sawyer with Veterans for Child Rescue, exposing the reality of pedogate, also people who I have historically disagreed with like Erik Prince describing the horrors of this network.

The level of resignations that have spread under Trump from media/ceo's/politics can not be denied. It sure is a bunch of strange coincidences and Q has been calling it the whole time.

I appreciate your skepticism, however I am an eternal optimist. I never knew how this network would be taken down, however I believe the narrative of Q is the only way. A silent Coup orchestrated by those who understand who killed Kennedy and pulled off 9/11.

People who gained access to the mass data collection and have the goods on the true sickness of our society. A whole new meaning to the statement if you have nothing to hide you have nothing to fear. These military strategists are potentially the only hope we have and I do believe they are running the show.

I smell fear.
Can't you?

Do we need to stamp their time cards for them? 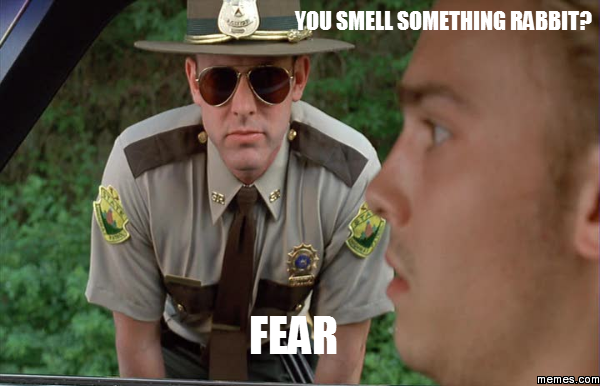 oh it will be big week.

well, as with fusion gps, it is clear that deeps state has no problem outsourcing their hit-jobs


Why would D's have MW conduct the follow up to the SOTU?
What is MW used for?
Re-read past drops.
Mouthpiece/controlled.
Carefully crafted 'out there' statements w/ falsified/fake Mueller drops will be made that nobody else would dare say/suggest.
Pawn.
What do they expect is coming?
What must be said to provide a counter-narrative?
What might be said to attempt to discredit factual proofs coming?
How do you keep people BLIND?
What must you FEED them?
EVERY MSM NEWS STATION NEXT WEEK WILL BE SAYING & PUSHING THE EXACT SAME COUNTER-NARRATIVE.
FAKE NEWS.
MUELLER FAKE NEWS.
RUSSIA RUSSIA RUSSIA.
SHOULD THAT FAIL EXPECT A MAJOR FF TO FORCE A SHIFT.
Predictable.
We SEE ALL.
We HEAR ALL.
Wizards & [WAR]locks.
These people are really DUMB. Q

And then a link to this video

And to be perfectly honest, this concerns me very much. Is Q alluding to the possibility of an actual WAR? As in possibly NK ?

originally posted by: Jusvistn
so Q posted this:


EVERY MSM NEWS STATION NEXT WEEK WILL BE SAYING & PUSHING THE EXACT SAME COUNTER-NARRATIVE.
FAKE NEWS.
MUELLER FAKE NEWS.
RUSSIA RUSSIA RUSSIA.
SHOULD THAT FAIL EXPECT A MAJOR FF TO FORCE A SHIFT.
Predictable.
We SEE ALL.
We HEAR ALL.
Wizards & [WAR]locks.
These people are really DUMB. Q


And to be perfectly honest, this concerns me very much. Is Q alluding to the possibility of an actual WAR? As in possibly NK ?

What do you folks take of this?


Did you notice the word "DUMB" was used in that drop instead of "stupid"? That may be significant along with "WAR" in brackets.
edit on 1/28/2018 by OveRcuRrEnteD because: trimmed unnecessary info

I found this a little interesting concerning the murdered pharma billionaires. Apparently there is some price rigging and collusion amongst "competitors".


The lawsuit, brought by the attorneys general of 45 states and the District of Columbia, accused 18 companies and subsidiaries and named 15 medicines. It also targeted two individual executives: Rajiv Malik, president and executive director of Mylan NV, and Satish Mehta, CEO and managing director of India's Emcure Pharmaceuticals.

Trump even says they are "getting away with murder."

Soaring drug prices from both branded and generic drug manufacturers have sparked outrage and investigations in the United States. President Donald Trump this year accused pharmaceutical companies of "getting away with murder" with their drug pricing.

Jepsen said the investigation is continuing, and that claims would likely be brought against more companies, and possibly executives, in the future.

My apologies if this has been discussed already.

Yes, I believe he did die of a heart attack.

But then I see that Q posted links about Byrd, and there was never (to my understanding) a cause of death given. He was admitted to the hospital due to what they thought was "heat exhaustion" but died a short time later due to (some unknown reason / complication) not related to heat exhaustion.

I get Q pointing out the Byrd / KKK connections, and HRC's love fest with him; BUT what if there is another connection or possible exploit that HRC / BHO could have gotten from his death? Or is there something that he could have exploited them for?

I only raise the question because of the Q linked video & the lack of reason for death.