originally posted by: skalla
a reply to: gortex


The teeth, the bird and his surroundings was enough for me to quit watching less than 2 minutes in. People really take this guy seriously? Looks more like a parody.

Is this the basis for your whole thread? What the hell....

There were half a dozen of them. Better video at this link.

I've seen bigger protests by people kicked out of clubs.

Still weird seeing a guy waving a US flag. Guessing he's doing it because Trump hates Khan and so does this group.

I saw a larger group at my bridge club Christmas dinner protest their bar tab!

originally posted by: DBCowboy
a reply to: Kandinsky

And that made headlines?

Lol....even foreign press wants to use his name to sell papers bashing him. Its.....pretty strange

It's nothing to do with Trump. Any protest like that makes news. It's the US flag that turned a 'dog bites man' story into a 'man bites dog' story. It's a twist.

This 24/7 news cycle sucks up the dregs. Make sure to always count the retweet number in 'Twitter storm' news articles. They hardly ever go above double-figures. Amounts to a family argument at the kitchen table - same number of people. Twitter storm my ass.

originally posted by: Kandinsky
a reply to: bigfatfurrytexan

It's nothing to do with Trump. Any protest like that makes news. It's the US flag that turned a 'dog bites man' story into a 'man bites dog' story. It's a twist.

This 24/7 news cycle sucks up the dregs. Make sure to always count the retweet number in 'Twitter storm' news articles. They hardly ever go above double-figures. Amounts to a family argument at the kitchen table - same number of people. Twitter storm my ass.

Aint it the truth?

This have nothing to do with "Trump Supporters"

In fact very generalizing thing to claim.. you are putting a lot of people into a small box.. that must share all the thoughts that goes against yours.

So one guy is waving a american flag.. and somehow he represent all people that voted for Trump ?

It is a shape shifting reptile from the planet Ultramar. Said reptile takes the form of either Trump or the Queen, depending on it's mood.

Some think that aforementioned reptile is in fact every head of state, and manipulates world of events as part of an ongoing galanet (the reptile internet, but in space) activism campaign.

The goal is to stop planetary unification under the God Emperor of Mankind (the real Trump, chained in a basement in rural Wyoming) so that humanity does not conquer the galaxy and open the eye of terror. For then the Dark Gods of Chaos will reign supreme...

I will stop there as I fear I have said too much.

It seems to me the term "Trump supporter" is becoming a byword for those that people of a certain political persuasion deem to be holding of what they view as unacceptable political views or just what they perceive to be negative traits. Regardless of the nation-state they reside in.

Quite preposterous I must say. Thought I guess that is the end result of American cultural Imperialism, internet communication and trash, for-profit 24 hour news cycles.
edit on -060007am1kam by Ohanka because: (no reason given) 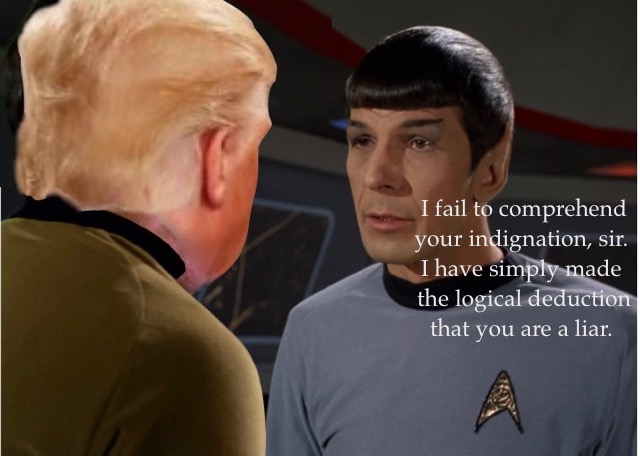 isn't Khan just the president of the city state of London? or is it the Islamic State of londonamibad.

only kidding of course but why are you outraged? this is the first time I've seen the right protest like this so why doesn't British police just come in and arrest them for hate speech?


originally posted by: Kandinsky
a reply to: OtherSideOfTheCoin

These guys are called the 'white pen dragons' according to a fly-poster of theirs. They're blowing up on Twitter lately. They're another facet of the BNP approach with a little more intellect and getting hashtagged by supporters of white nationalism.

They exist only to stir trouble and hate.

It's like your reciting that...while looking in a mirror...
Perhaps you need to go lie down for a while OtherSideOfThePond...

What's odd is they never really say why they want him arrested or what law they think he broke.
All he did was state the obvious. Trump cancelled his visit because he's unliked and will face protesters. The he has the spine of a jelly fish.

The people of the United Kingdom don't like him. Nobody likes him. Well a handful of deplorable but....
edit on 1132018 by Sillyolme because: (no reason given)


Supporters of US President Donald Trump have disrupted a speech by Sadiq Khan and called for the London Mayor to be arrested.

Mr Khan was about to start speaking to the Fabian Society in London when he was disrupted by protesters from a group called the White Pendragons who shouted pro-Trump and pro-Brexit slogans.

Anyone else starting to feel like these people need to learn that holding a different political view is not a crime, it does not make one stupid or brainwashed its just a different political view. So what Sadiq Khan does not like Trump, that is not a crime but it seems that some Trump supporters now think that opposing Trump should be a crime in itself.

Now I know this is not true of all, or indeed most, Trump supporters but when you have groups called the "White Pendragons" doing stuff like this in the name of your politics it is incumbent upon you all to call them out as the racist, xenophobic scum they are.

Bolded just for the incredible, stupid bloody irony of it all.
You need to take heed of your own words there fella.

Strange? That's as apt a description as any.

I could not possibly care less about this "issue" than I do right now. Sadiq Khan is England's, specifically London's, problem...still not sure what Trump has to do with this.

A bunch, if six is a bunch, of nationalist bigots attempt to disrupt a speech by London's mayor, and somehow or other, Trump gets dragged into it. Amazing, simply amazing.

originally posted by: seagull
a reply to: bigfatfurrytexan


A bunch, if six is a bunch, of nationalist bigots attempt to disrupt a speech by London's mayor, and somehow or other, Trump gets dragged into it. Amazing, simply amazing.

An American flag was waved , so I guess their loyalty was to trump

Should be waving our flag