posted on Dec, 24 2017 @ 03:10 AM
link
The aliens follow the religion called "The Golden One" they have been searching for the golden one for millions of years.
Just don't tell them I'm on earth though.

posted on Dec, 24 2017 @ 04:19 AM
link
Different races have different religions on maverick prime for example they worship a deity that was so evil they buried him in an asteroid fearing he'd destroy the planet. This sends the whole planet in panic when an asteroid hits because they fear his return. In Helios 9 they worship the number 7596 believing this number created the universe. Not bad religion until they decided they needed 7596 hours in a day and 7596 days in a year. This caused serious problems in there calendar sales leading to the great economic crash of 8900675865 though some argue it was actually 8900674832. There was a huge religion known as black on denarra. They worshipped a black hole about 2 light years from them. Thing went well until they developed space flight because the entire planet decided to visit there God and the religion abruptly ended. The strangest may be stilick 4 they worshipped the Turkey sandwich this lead to the death of Turkeys and their extinction on the planet. This caused a huge conflict as others thought they could use ham instead. This so infuriated the loyalists that they went around killing pigs to prevent it. That would have been fine but a gregon fleet showed up demanding sandwiches on a resupply run. They received 80000 chicken sandwiches this so infuriated them being an avian species they destroyed the planet.

If they are advanced they have none.

Serpo release 28 said the Ebens had a Jesus like figure and believed in karma... www.serpo.org...

They simply know to much of how the universe works to know that the powers of the universe lies within one self, and probably reality isn't formed around us but we create reality ourselves.

posted on Dec, 24 2017 @ 05:32 AM
link
Considering humanity uses religion as a way of explaning creation and/or origin... its possible that the extraterrestrials in question were the ones who created humanity... in which case its probable that they wouldn't adhere to the same belief systems because they would understand that they are essentially 'God'.

It would depend on whether or not they had an answer for their own creation or the creation of the universe.

Aliens will have advanced to a point where they have proven the existence of God and probably understand the purpose of life. It is unlike they will worship God and more likely they will act in their spiritual best interest and that of the universe. I see them with a mature spiritual outlook on life and also one of certainty.

Why do you think they would have religion?

posted on Dec, 24 2017 @ 07:24 AM
link
Didn´t read all the comments and i bet this answer came before, but i guess they are intelligent enough, maybe because they are way older than we are. And that they laugh about beings that still believe in stuff like religions. I guess religions/sects/cults are one reason why mankind can´t evolve but seems to go back to the dark ages, right now.

They wouldn´t have evolved enough to travel such far distances, maybe would have extinguished themselves before they could evolve enough, if they were thwarted by "religious" stupidity.

posted on Dec, 24 2017 @ 07:37 AM
link
It would be phenomenal if they worship humans and make donations to us like new energy sources and food sources.

is religion necessary for God to exist?

posted on Dec, 24 2017 @ 07:50 AM
link
The religion associated with the ufo orbs appears to be light. It's all about orbs of light and then there is the true radiant white angle grinder type orb that turns into the angel light, all other orbs appear to be silenced into non movement just hovering there still when the angel light appears. They honour the light

They would recognize the above as a construct of a very backwards and ignorant civilization. A civilization which needed simplistic answers to things and life that they were too ignorant to understand.

A "higher being" were be an extremely advanced civilization that progressed beyond the ideas of "physical" and "spiritual" constructs to an understanding of themselves and where they fit in the galaxies.

Without a human moral compass, humans could encounter beings that they would consider "sinister" or "amoral" or even "benevolent" without any understanding of their existence.

Religion, much more than likely, serves no purpose in highly evolved extraterrestrial civilizations.
edit on 24-12-2017 by Justso because: (no reason given)

In a lot of UFO encounters were the abductee's actually communicated with there abductor's the Alien's have indeed seemed to have a belief in a God of some kind.

As for Christianity why would they not have a belief that there own savior if they have one could not be our's too especially if they know our religion were he said "I shall come unto each as one of there own".

But like the earth there are probably a very great many religion's out there.

Let's assume they are at a social level something like us and went through the same level's of social evolution then the following would be important to that evolution.

Belief's become Religion's, Priesthood's arise, Temples and sacred site's are built, as agriculture and animal farming are discovered to replace hunter gatherer society (some of which still had city's) community's grow up and shrine's and temples are built in more accessible area's, leaders are elected and law's formulated so civilization often and indeed almost always begin's with unifying belief's that help to tie people together, later disparate community's with differing belief's may merge but not always peacefully.

So what would they believe, as individuals or as collective society's?.
I suspect on there world's there would be many belief's, different versions of whatever they believed in and also individual understanding and interpretation of those prevailing belief's.

In other word's it is likely that Alien society's do indeed have religion's.


Hive mind's and when and if they use shared thought communication artificial or natural on the other hand would mean that such belief's would likely be lost in the consensus of whatever the greater society accepted as reality.

posted on Dec, 24 2017 @ 08:28 AM
link
In addition to the above................... From personal experience it sort of comes across that the ufos are religion in itself. It's all there in the Bible which as someone once said is the greatest ufo story ever written. Gods Chariot emitting the manna gods food as in what we now know is the radioactive discharge as the Merkava disappears into another dimension. The orbs are his sentinels and the radiant white angle grinder type ufo orbs that morph into the angel lights are what we know as the angels. These things in the sky are religion itself and one can only guess that these entities live the laws / commandments themselves.

They said it was none of my business, but here's a hint..... 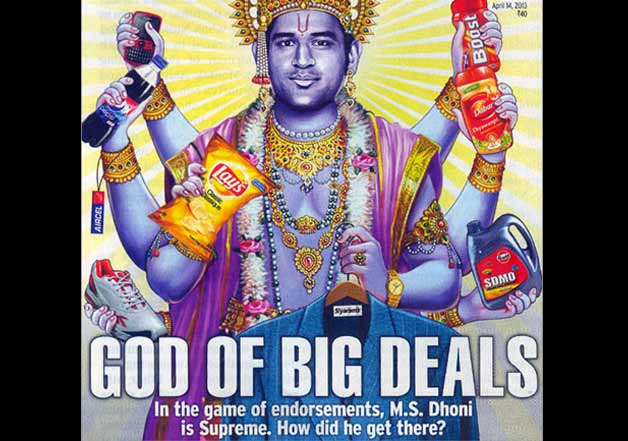