I have been trying to stay out of the mudpit for the most part recently, but honestly there's no more appropriate place to put this garbage.

Two of the most divisive shows are "Thomas the Tank Engine" and "Paw Patrol," both of which have been eviscerated by grown-ups on discussion boards, in social media and in widely shared essays in prestigious publications.

"Thomas," the long-running television franchise about a group of working trains chugging away on the Island of Sodor, has been called a "premodern corporate-totalitarian dystopia" in the New Yorker, imperialist and sinister in Slate, and classist, sexist and anti-environmentalist in the Guardian. And yet people -- presumably parents -- spend $1 billion on "Thomas" merchandise every year.

"Paw Patrol" is equally polarizing. The show, about a group of rescue dogs led by a boy named Ryder, is a regular source of complaint among parents and of adoration among their kids.

Buzzfeed called the show "terrible" and pointed to instances of gender and social inequality that go unchecked on the show. In the Guardian, Ryder is described as a megalomaniac with an implied "unstoppable God complex." Nevertheless, "Paw Patrol" is ubiquitous. Branded merchandise featuring Ryder and the gang outsells most other television shows, according to recent data from the Licensing Industry Merchandisers' Association. A recent Amazon search for "Paw Patrol" yielded 24,814 results.

Ok, ok, so maybe they're not actually saying your kids are fascist. Maybe this is more of an attack on the writers and producers of the shows?

No, turns out your kids are fascists, and racists:

On the other hand, children take comfort in the idea that someone is in charge. To them, Ryder isn't a megalomaniac, and Sir Topham Hatt of "Thomas" isn't a neocolonial autocrat. They're just the guys delegating responsibilities to their eager inferiors. And the fact that these leaders, both white males, look like most figures in position of authority in the real world is not lost on children.

So no, your child doesn't like Thomas because trains are cool and the voices are cute and there's lots of flashy colors. Nope, your kids like Thomas because they have an inherent love of autocracy and think workers are scum and need to be led by people better than them. And there's some subliminal white supremacy mixed in.

Oh, and your kids are being groomed to be sexists too:

"I watched 'Paw Patrol' once with my daughter, and on that episode, Skye volunteered for a mission, but then Ryder picked two male pups," said Rebekah Pajak, a mother of a 2-year-old and a 1-year-old in Chicago. Skye is the only female in the core team of six rescue pups on the show. "I remember thinking, 'There's a glass ceiling in this cartoon!' "

This article was not written by a sane person. I won't accept that. This was written by someone with an undiagnosed mental illness. Kids are naturally the least racist and sexist people on earth, until they're taught to see differences in skin color and gender by busybody parents who listen to activist dolts who are actual racists and see everything through lenses of color.

These scum really need to leave kids the # alone. These type of people keep racism alive. It would die if you'd let it, but apparently some people are so addicted to it they invent it in places it doesn't exist.

posted on Dec, 23 2017 @ 02:22 PM
link
a reply to: face23785
Yea that was pretty #ty to target those cartoons. All my kids grew up on Thomas the Train. It is nothing but wonderful life lessons on hard work, respect, proper manners presented in an adventurous fun way. Would it not have made more sense to attack the Simpsons and Family guy, or anything on cartoon network basically. They had to go after PBS and Nickelodeon stuff?

I don't really know whats on Nick today though, so maybe I need to check. I do know that the most disgusting and plain weird cartoons today though are on cartoon network.

Thomas the train, nothing wrong with it. 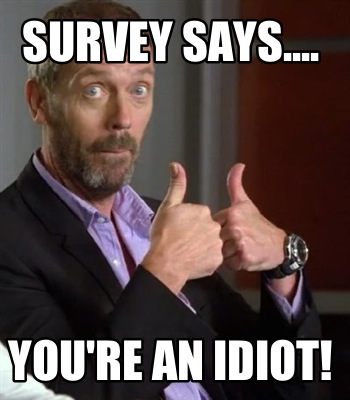 People read the stupidest things into the benign. Bitching for bitching's sake. I've seen far too many Paw Patrol episodes, my grandson's favorite show. It's about teamwork and being helpful Cripes. Some people.

First f#ck CNN! Second of all leave the kids out of this racism BS. Nobody of these idiots ever wondered why grown man watch a kids show called My little Pony. F#cking hypocrites. Just stop. Racism is not a label you can just throw around willy nilly. CNN be quiet and sit on the stairs!

I'm glad thee idiots have not discovered Invader Zim yet. That show would blow there mind. I hate this PC crap so much.

On the other hand, children take comfort in the idea that someone is in charge.

Today, the daddy party views government as a force for order. Government exists to prevent harm, whether to life or way of life. Washington is to structure politics, not improve society. But this more minimal state, like the stereotypical detached father, can also feel callously indifferent.

Does the American electorate have daddy issues?

“Trump is the ultimate strict father,” Lakoff says. “It’s in everything he does. It’s in his body language. Conservatives tend to think in terms of direct causation: Build a wall, throw them out, use the bomb. Direct causation everywhere.”

Buzzfeed: creating problems where they don't exist for the purpose of convincing an audience that they're more awake and conscious of society's intricacies. When in actuality, it's yet another masked agenda to divide the masses by insisting that our differences are SO significant that they warrant civil action.

originally posted by: TinfoilTP
What do they want, more gay dinosaurs?


originally posted by: TinfoilTP
What do they want, more gay dinosaurs?

posted on Dec, 23 2017 @ 03:36 PM
link
a reply to: face23785
If they don't like Thomas, I wonder what they would make of older cartoons;
Like The Magic Roundabout, with an authoritarian Deus Ex Machina ("Time for bed", said Zebedee").
Or The Saga of Noggin the Nog, in which the king of the Nogs (male dominated authoritarian society) sends his son Prince Noggin abroad to win a bride (primogeniture, anti-feminism) in order to frustrate the designs of the wicked uncle Nogbad the Bad (prejudicial labelling).


50 years plus later and I can still remember hearing these toons every Saturday!


watch for the suicide arab bomber in this old one.


originally posted by: TinfoilTP
What do they want, more gay dinosaurs?

He never left. At least in my house.

What the hell, Its Christmas!

How bout that subliminal messaging from the usual suspect, CNN.

Followed by this golden nugget.


They're drawn to worlds in which identities are fixed, order trumps imagination and transgressions are met with routine punishment.

Even harmless kids shows about talking trains and... well I don't know what Paw Patrol is, but it sounds innocent enough.

These people are dangerously unhinged.

This is cultural revolution levels of fanaticism. They wish to destroy every product of what they perceive as the old order. Even kids programs about trains and dogs that have wacky adventures.

Fortunately nonsense like this does more harm to their cause than it helps it. It's just ridiculous and the sort of crap that would get them laughed & heckled off the stage. Everyone loves Thomas the Tank Engine after all.

originally posted by: neo96
Well this is ridiculous.

How bout that subliminal messaging from the usual suspect, CNN.

Followed by this golden nugget.


They're drawn to worlds in which identities are fixed, order trumps imagination and transgressions are met with routine punishment.

Especially when you apply that statement to our educational system of today, where those who don't adhere to the indoctrination are ostracized and called racists, Nazi's etc etc????

I guess you don't remember the older cartoons. Like Scrooge McDuck? posted on Dec, 23 2017 @ 05:04 PM
link
i remember when cartoons where more wholesome, like crossdressing bunnys, the psychotic coyote's, tom and jerrys casual racism whilst trying to kill each other.

what chance do kids have today with evils like thomas the tank engine.