At What Age Does It Stop Being A Pedophile Issue?

posted on Dec, 10 2017 @ 10:37 AM
link
Not sure if I made the title clear, but I really want to know if we are all on the same page. Where do we draw the line (in our society) when it’s ok to “hit on” a teen versus being considered a pedophile? 16? 17? 18? When I hear that someone is a “pedophile”, I think of their victims as being under 13. Age of consent in my state is 16, and it wasn’t all that long ago (considering all of history) that girls were married off at the onset of mensies (sp?). I’m not trying to excuse their behavior, I really want to know where do we draw that line now.

I was 17 when I was assaulted, and I didn’t think he was a pedophile - just a POS and a very horrible man. Do we consider someone a “child” up until 18? If so, maybe we need to change the laws regarding “Age of Consent” in a lot of states.

Please no political baiting; I’d like a good discussion, if possible. 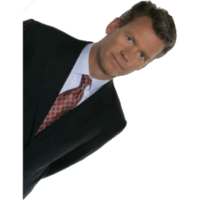 depends on the culture i guess.

western culture frowns upon adults with teens under 17 mostly.

eastern culture is pretty free and loose with underage stuff depending on where you go.

Lots of hand me down dogma about that.

I think the term "pedophile" is basically a printable / broadcastable form of "piece of #".

Given the state of the culture, we have to go by age and defined ages of consent. Most early-stage (called by some "primitive") cultures do not use an arbitrary age, they use accomplishments and maturity of the individual...

Go spend a night alone on a mountain, kill a bear, etc. That is mostly for the men; sadly, far too often age of achieving menstruation seems to be the base line for women.

The point of this approach is the reality that people mature at different rates. One person can be a mature, functioning adult at 14, while others are still babies at 71.

An arbitrary age is what we use, since we as a culture do not have rites of passage. This means that some people who are actually adults will still be considered children, and some who are still children with poor judgement are considered to be adults.

Both systems have advantages and disadvantages.

So, given the system we use, we pretty much are stuck with using the defined age of consent, as inaccurate as that may be in many cases.

I was about to turn 31 when I started dating my wife, she was 19, If I leave it there I am sure some people will jump to conclusions.

Kuroodo
+11 more
posted on Dec, 10 2017 @ 11:01 AM
link
Pedophilia is a mental disorder where people are attracted to children. The keyword is children, not adolescents. This would mean people below the age of 12 or generally pre-pubescents

A hebephile is a person attracted to children starting puberty and adolescents, so around the age 11-14. I think this one is not a mental disorder by fact (a study I read) and only make sense if you look at human nature and the natural purpose of life.

Ephebophilia is when you are attracted to adolescents between age 15-19. Attraction to this makes even more sense for the things stated above.

So the answer, when does it stop being pedophilia? When they're out of puberty.

In Canada, the age of "non-exploitive" sex is 16. Which would mean teachers, bosses, have to wait til 18 for proper consent.

It is now illegal for adults in Canada to have sex with a partner under the age of 16, one of the new provisions of the Tories' violent crime law that came into effect on Thursday.

The Tackling Violent Crime Act raises the legal age of sexual consent in Canada to 16 from 14, the first time it has been raised since 1892.

But the law includes a "close-in-age exception," meaning 14- and 15-year-olds can have sex with someone who is less than five years older.

The Tories said they raised the age, in part, to deal with internet predators. The new law puts Canada's age of consent in line with those in Britain, Australia and most of the United States.

I'm fine with that, most 16 year olds are not too naive, or innocent.


I was about to turn 31 when I started dating my wife, she was 19, If I leave it there I am sure some people will jump to conclusions.

Not jumping but just saying from memory here in Australia,


If you were dating before she was 18 you could have been charged with charges applied to sex with minors.

Basically labeled a pedophile, I think if the age difference is under 4 years or somewhere around there then I think its OK.

Like a 22 year old going out with a 18 year old but I think if the age difference is more than 7 years and one party is underage (under18) then it becomes an issue with law.

Obviously if someone informed the law.

posted on Dec, 10 2017 @ 11:23 AM
link
If you watch the news a lot of times they use the word teenager for 19 year olds and others it could be a young adult. Depends on the story they are trying to push. a pedophile to me would be at least 13 or less depending on their age.

posted on Dec, 10 2017 @ 11:29 AM
link
aside from technical definitions, i think there's usually something pretty creepy about going after someone much much younger than you with very little experience... like a DA in his thirties trying to pick up high school girls.

originally posted by: Kuroodo
Pedophiliais a mental disorder where people are attracted to children. The keyword is children, not adolescents. This would mean people below the age of 12 or generally pre-pubescents

A hebephile is a person attracted to children starting puberty and adolescents, so around the age 11-14. I think this one is not a mental disorder by fact (a study I read) and only make sense if you look at human nature and the natural purpose of life.

Ephebophilia is when you are attracted to adolescents between age 15-19. Attraction to this makes even more sense for the things stated above.

So the answer, when does it stop being pedophilia? When they're out of puberty.

Excellent answer and information. Do the courts take this into consideration when sentencing people for commiting crimes against shildren of these different age brackets? Or is a blanket sentence?

originally posted by: DeepImpactX
D
o the courts take this into consideration when sentencing people for commiting crimes against shildren of these different age brackets? Or is a blanket sentence?

If you are a hot female teacher, yes.

posted on Dec, 10 2017 @ 11:35 AM
link
It’s an interesting question, as intent is difficult to discern based only on age — can true pedophiles find a ‘loophole’ in states with statutes that allow for teenagers to engage in sexual ‘relations’ with anyone ‘old enough’ (like SC and others where age of consent is 16, or possibly lower based on older state statutes)? Maybe. That would be my only concern with respect to “age of consent” statutes.

Several years ago, I dated a girl (woman) that was preparing for her father’s death and I asked all about his situation and if there was anything I could do. When she gave me the rundown about her father and family history, I was shocked: he married his wife (Jessica’s mom) when he was 58 and she was 18. It made sense that he was 88 and she was only 28 when he passed. I was still shocked, but at least knew ‘why’?

I then began to ponder ‘why’ her dad would marry a woman younger than all of his first 4 kids...I never came up with a satisfactory answer and never brought it up with Jessica...several years later, on occasion, I still wonder what was going on with Jessica's mom and dad...58 and 18? Jessica was, and still is, a lovely young woman and her mom seems rather ‘balanced’, but those 40 years in difference of age and the fact she was 18 still give me pause.

That’s the closest anecdote I have, relating to your OP, and in this case, they raised 3 productive members of society and her mom seems to be a fairly functional member of society as well. Do I have point? Not a specific one. Just relating what I experienced and recognize a lot of these ‘age of consent’ cases deserve to be judged on the merits (or lack thereof) of the case — the “one size fits all” maxim doesn’t apply here, IMO.

posted on Dec, 10 2017 @ 11:51 AM
link
Technically it's only pedophilia if the victim is prepubescent. Anything after that is hebo or nebophilia or something like that. Not sure which is which but one is children who are no longer prepubescent but haven't fully developed yet and are still childlike and the other involves children who show all the signs physically of physical maturity but happen to still be under age.

posted on Dec, 10 2017 @ 11:57 AM
link
I hate labeling of everything, I did not date my wife because she was young I dated her because she was smart, funny, and we had similar interests and she has a heart of gold.

The physical part was actually down the list for me, are there people only attracted to younger women sure don't doubt it but when a labels are used it can lead to unintended side effects when people not aware of the medical terminology hear them.

posted on Dec, 10 2017 @ 12:15 PM
link
I do not think an eighteen year old dating a close to seventeen year old girl is pedophile. A couple of years difference is considered in the legal system. But a twenty six year old going out with a sixteen year old with no intention of any relationship, that would be a pedophile activity. Once the girl is eighteen, then it is open season.

IF a 14 year old can get an abortion without parental permission it's no longer pedophila.

I define it by age of consent laws.

IF a 14 year old can get an abortion without parental permission it's no longer pedophila.

Those two things are not even remotely related.