A botched sting with a phony Roy Moore ‘accuser’

Man. I love WaPo. Best subscription I ever bought and pay for!

originally posted by: JacKatMtn
While we wait for the bombs to drop... have you even considered that the WAPO fell for a trap?

Will have to wait and see what unfolds, but I haven't seen the WAPO pull anything like this ever....

They even had their own video camera man at the Veritas sting LMAO!!!


It is beyond hilarious at the lengths you are going to so you don't have to admit you were wrong. In the world of JacKatMtn, investigative due diligence is something to be scorned and derided. If the source isn't credible without investigation, it isn't worth pursuing right?
edit on 28-11-2017 by Krazysh0t because: (no reason given)

originally posted by: Aazadan
a reply to: Kettu

It's really amazing, the hard right are attempting to discredit sexual assault victims by paying actors to make false allegations all so that they can defend a pedophile.

THANK YOU! My thoughts exactly.

This is a mighty fine example of just how low the alt-right will stoop in their attempt to insure that a Bible thumping pedophile gets elected to represent them in the U.S. Senate.

And.......then we have those who staunchly defend these creepy, (sometimes illegal) sting attempts propagated by O’keefe and friends, (even when caught red handed as in this case) who IMO, are just as bad as those who commit the acts.

Isn’t this the same political party that claims to own Christianity, morals, ethics and everything honest & good?

As it turns out, nothing could be further from the truth. What they own is Hypocrisy.

I think it was Maya Angelou who said; “When someone shows you who they are, believe them the first time.”

What's really shameful is that if PV had been successful in their sting attempts you know damn well the very posters who are trying to downplay the significance of this would be out saying that it was proof of what they were saying all along that the liberal media publishes fake news.

originally posted by: whywhynot
Well the WP does seem to be a vortex sucking in fake news.

The Washington Post did their job and stopped this weeks Project Veritas scam..

Just like the planned parenthood scam, the acorn scam and there is another one in forgetting ..


They are disgusting propaganda whores who highlight the lack of intelligence and sheep like behavior of the conservatives who believe their nonesense..

Oh yeah, without a doubt. We’d never hear the end of it.

Just based on the 1981 reference in this thread, it would be 2053 and they’d still be saying; “Remember back in 2017 when they caught the WAPO publishing fake news?”

And that’s the part that’s so disheartening.

It’s as if “Willful Ignorance” is a communicable disease with no vaccine in sight.

originally posted by: xuenchen
Sounds like a "reverse" scam attempt.

WAPO screwed it up for themselves.


You are amazing. Seriously. No one can do-mental gymnastics like you do! Ok. Kellyanne Conway excepted.

Gold metal for Olympic-level "restructuring" of facts to suit your own internal bias. (Kelly gets Platinum...I know, right? They invented that level just for her, at least in this century.)

And Trolling Points too!!

So you really think Veritas getting caught was the genius plan all along?

originally posted by: JacKatMtn
Wondering if the WAPO is trying to get ahead of what's coming? Why did the WAPO head to Project Veritas HQ?

Video was from earlier today, prior to WAPO sting?

Now I wonder why O'Keefe left out the first 2 miniutes of himself ignoring the interview questions?


Saw this yesterday. Didn't care enough to post it, since Project Veritas is a sting/undercover watchdog group - looks like they're doing their jobs. Sad their story had some holes in it, otherwise they would've exposed how MSM colludes with partisan interests to assassinate the characters of political candidates they disagree with. Worst part is the extremely low standard of evidence they use, ruining someone's life under the guise of "journalism."

These reporters should be held to a higher standard, since their accusations have the power to ruin lives. Instead of worrying about sensational partisan news, it is more important to uphold a high standard of evidence and never parrot false or unproven claims as if they were facts.

This changes nothing about Moore though. No evidence has come to light, dishonest Allred's yearbook will never be produced (making another probable hit job lie) and his initial accuser worked for Hillary's campaign. Someone (anyone) who worked for Hillary Clinton is just as unreliable and untrustworthy as she is.

O'Keefe is a genius, maybe this is a reverse sting or something. I wouldn't be surprised if WaPo has some internal restructuring after this
edit on 11/28/2017 by JBurns because: (no reason given)

And in a world where WaPo is constantly attacked...


I consider any such attacks as time about is fair play.

I don't read Breitbart, to be honest... nor WaPo... nor the NYT... I don't watch CNN... NBC... MSNBC... occasionally I will watch ABC or CBS for local news. Usually, I watch Fox and then try to search out stories here before I believe them or not. Why? Fox is the only one that hasn't pulled a stunt so sick it completely ticked me off in the last year.

I believe it was WaPo that dug up an old recording of locker room talk inside a bus egged on by Billy Bush, in an attempt to smear a man for no other reason than they wanted to smear him. Say what you want about that episode, but it showed me that particular rag would stoop to any low to accomplish a political agenda, and made them less about news and more about propaganda in my eyes.

I know, I know... I've heard the excuses. Save them. This is not an explanation of why what they did was right or wrong... it doesn't matter any more. What they did was underhanded and exploitative IMO, and that is never going to change. My opinion on it is fixed, so don't waste your characters.

It was WaPo, if I remember correctly, that published government leaks solely designed to discredit Trump... if that's not already illegal, it should be IMO.

So now I hear that someone tried to trap WaPo into publishing a false news story and failed. That doesn't indicate honesty or integrity on the part of WaPo... it indicates that they are indeed vetting their sources to make sure they are not trying to trick them. Duh. Do you really think anyone thought WaPo wouldn't be watching out for such an attack?

But please, carry on with the propaganda. Don't let the opinion of others stop you.

originally posted by: AboveBoard
You are amazing. Seriously. No one can do-mental gymnastics like you do! Ok. Kellyanne Conway excepted.

You expected honesty and integrity?

And Trolling Points too!!

I've considered that this is what is going on quite a few times. Although, there are other possibilities... Hard to tell in cyberspace... Something is amiss one way or another.

The whole concept of stopping progress to adhere to traditional societal norms is always a losing fight and almost always has to be based on illogical talking points.. or even worse ..the propaganda of those profiting off the previous system..

Thanks for the entertainment, Kettu. A truly hilarious fail.

They published pizzagate stories, pushed the 3 Bill Clinton accusers (all frauds, read their stories they are ridiculous..) were total propaganda after 911 and pretty much started the ball rolling to create the dynamic we now have...

Fox News taught everyone else exactly how profitable it could be to be a news source spouting propaganda and conspiracy theories on a national scale...

All the rest have just been trying to copy their template..

Not because of some illuminati type conspiracy.. just good old fashion profit..

Hell, the majority of the examples of blantant propaganda by the media comes from the Iraq war, and is rightwing propaganda..

AKA anything but a liberal media conspiracy..


there are only 2 options.

1) there is a vast liberal conspiracy that controls the media, scientists, intellectuals, universities, teachers, unions, Hollywood, exc.. that are constantly and intentionally trying to discredit republicans..

2) the gop is fabricating it to energize their base..


Logistically what would it take for some secret left wing group to control the media, universities. Scientific community, exc ???

Just an amazing amount of money and manpower..

What does it take for the gop to be making it all up??

Sounds about right to me. He always gets caught doing shady, unethical things, and paints the conservatives in a poor light.

Projection at it's finest. 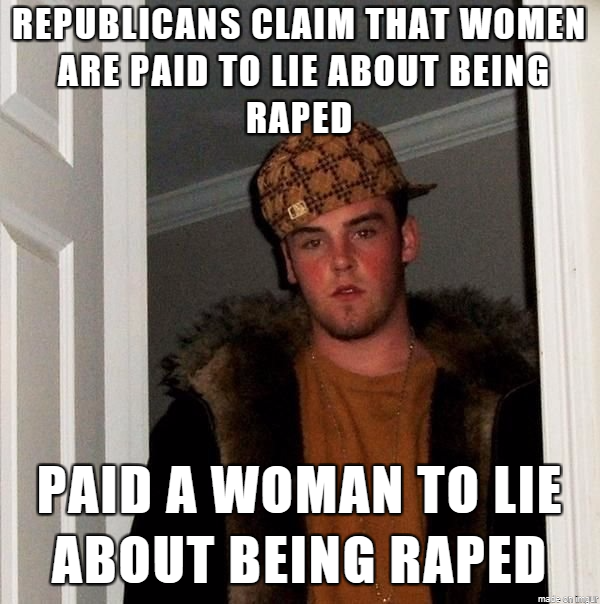 About a month before Trump announced his candidacy for president, his charity, the Trump Foundation, gave $10,000 to Project Veritas.

Almost forgot the Slimeball In Chief used his farce charity to donate to these manipulative scumbags.
edit on 28-11-2017 by Swills because: (no reason given)


originally posted by: whywhynot
Well the WP does seem to be a vortex sucking in fake news.

The Washington Post did their job and stopped this weeks Project Veritas scam..

Just like the planned parenthood scam, the acorn scam and there is another one in forgetting ..


They are disgusting propaganda whores who highlight the lack of intelligence and sheep like behavior of the conservatives who believe their nonesense..


You are right that Acorn and planned Parenthood both run scams so that’s 2 out of three. Not a bad average if you were batting. Good job!
edit on 28-11-2017 by whywhynot because: (no reason given)

Just proving how long the Washington Post has been in the business of fake news. The main stream media has been dishonest with us for decades!

originally posted by: Krazysh0t
a reply to: Kettu

Man. I love WaPo. Best subscription I ever bought and pay for!

That's because you're KRAZY!

originally posted by: Swills
a reply to: Kettu

Projection at it's finest.

About a month before Trump announced his candidacy for president, his charity, the Trump Foundation, gave $10,000 to Project Veritas.

Almost forgot the Slimeball In Chief used his farce charity to donate to these manipulative scumbags.

Not hardly. Roy Moore has never been accused of raping anyone. Bill Clinton on the other hand...I think you have it backwards.