Quote of the day.


The state Department of Transportation got in on the fun by warning pilots of "low sealings" at the airport. Funny you should ask, why YES there is video!


Birds and aircraft are no joke, but this besides being unusual was just too neat. The guys on the video were totally relaxed and pretty blasé about it even going so far as mentioning if they can't shift the seal they'd just go with a mail drop.

Guessing some of you have seen some bizarre stuff while landing and take-off? Love to hear about it!

posted on Oct, 27 2017 @ 01:14 PM
link
Seal was not harmed in the removal. Altho I never thought snow blower and seal would ever be used in the same sentence?

North Slope Borough Animal Control came out to the airport and moved the seal using a heavy-duty snow blower and a sled.

Babcock said that at small, rural airports like Wiley Post-Will Rogers, staff "wear every hat" and take care of tasks from security to snow removal, which was what he was doing when he spotted the seal.

My father was stationed in Maine during Vietnam. Because of Vietnam, all the guys on the ramp were required to carry a .38 pistol. One day they launched a flight of B-52s on a mission. One of the aircraft called back that their tail gunner shot a bear on the runway.

A group of crew chiefs hopped into a truck and drove out to see it. They were standing around it, and laying there it came up to the chest of the guys standing there. One of the crew chiefs looked at it for a long minute, pulled out the pistol he had on his hip, looked at it, looked at the bear, looked up at the other guys, and went "Oh hell no".

Even I do not know how to pronounce that one!!

I wonder Animal Control is running around calling themselves a "Seal Team"!! I was SO hoping the jokes would kick in!

And Bear Stew for everyone!!!

Read the title,and thought to myself,dammmmmnnnn the elite special ops team in America isn't what it used to be

He's a "looker" fer sure!
Guessing the asphalt was all warm an comfy, except for all the attention. Turns out Bearded Seals are endangered so very cool the guys at the airport busted out the cameras! 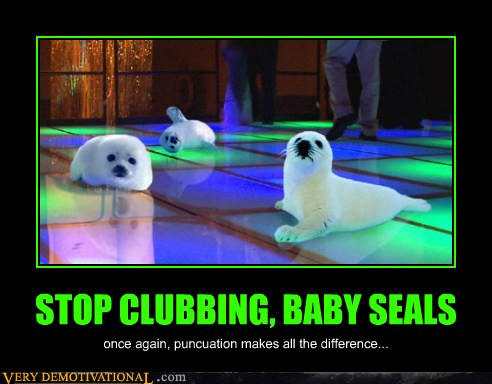 posted on Oct, 28 2017 @ 09:56 AM
link
When I was stationed at RAF Lakenheath I got sent up to RAF Leuchars in Scotland for an exercise for a few weeks. I can't remember exactly what it was but they had a problem with some kind of mollusk I think crawling up onto the runway that could cause serious damage to aircraft that hit them. They went down the end of the runway to remove them on a regular basis.

All kinds of crazy stuff can damage aircraft.

By the way the Scottish people were super friendly

good job it wasn't this monster;

My buddy sets one or two off each New Years Eve. He has an ATF cert to own them. They are used when fishing to keep seals from hauling in your catch.