The B-1 Bomber Has a New Mission

And it's because of its new Long Range Anti-Ship Missile. 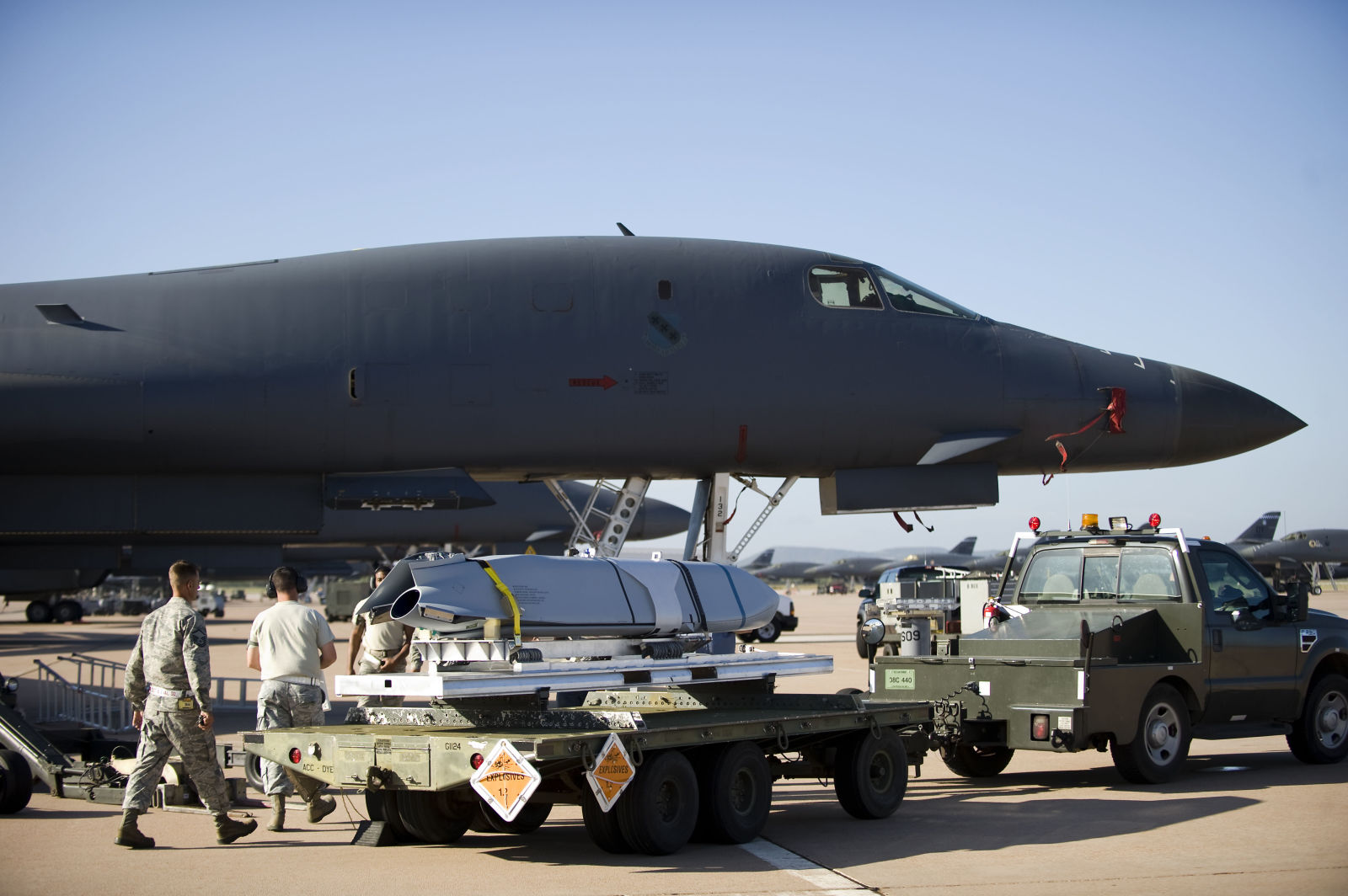 I wonder how the navy feels about this.

The new LRASM, evolved from the JASSM-ER, is now being added to the list of things the Bone can carry.

Recent tests have proved successful and the LRASM will be on the B-1 next year.


America's first stealthy bomber, the Rockwell B-1B, now has a new mission: ship killer. Originally designed to penetrate enemy air defenses during a nuclear war, the B-1B has been adapted to a wide range of non-nuclear missions. Now, with the successful launch of the U.S. military's latest anti-ship cruise missile, the "Bone" has been transformed into a powerful naval strike platform capable of taking on the most heavily defended enemy task forces.

I wonder how the navy feels about this.

I'm sure they love it, more long range support and defense.

The navy's platform is still just as valuable as ever, just better protected now.


I wonder how the navy feels about this.


Partly obsolete or furious because this egg isn´t in their "basket"? Is there that much bad blood between air force and navy? I´m asking sincerely.

Making the Chinese fleet redundant even before it hit's the water.
Still there will always be a use for mobile air field's and submerged weapon platform's so not entirely just yet, soon though there will be no where that a maritime vessel can hide or feel safe for any navy of the world.
A predictable outcome of technology but I suspect this is more about sending a tactical lesson the new powers that there military expansion is actually redundant in most respect's.

Such a sexy aircraft!

Such a pain in the ass.

originally posted by: intrptr
a reply to: grey580


Is that a good thing or bad thing?

If the B1B is ment with your avatar. Now you got me confused ^^.


I thought it was for these guys... 
originally posted by: intrptr
a reply to: grey580


Is that a good thing or bad thing?


Means the B1 won't be looked to as a solution, especially if its based hundreds of miles away.

Anti shipping warfare is between naval vessels, their missiles and air assets, ground based aircraft might be summoned but arrive late. If it remained conventional in the first place.

The "Bones" in my avatar is based on the old school VF-84 Jolly Rogers. Back when they were an F-14 unit they had the skull and crossbones on the tails, and were one of the best fighter units around.

As for the B-1, many times. They had a 100% deployment break rate. At some point in their deployment one of their jets was going to break hard. Back when Kansas had them in the Guard, they wound up leaving one for about three weeks over Christmas because they lost an engine just before they went home.

When they came back to change the engine, we had four drop in unannounced, because all four had suffered engine damage. They were coming out of Singapore after an exercise/airshow deployment and had to choose between running the navigation system or inlet deicing. They took ice down at least one engine on all the aircraft. Three had to have the engine pulled and at least five blades pulled and replaced, the fourth needed a new engine.

They've majorly overhauled them in the last couple of years and improved just about everything, but I was told by a crew chief there was no such thing as a Fully Mission Capable B-1. Something on every aircraft was broke.

That said, they are pretty, and one of the coolest days on the ramp was running down by the runway and being where three of them lifted the nose off the ground, taking off thirty seconds apart.

I see, you have/had a exciting job

The only thing close to military planes I saw in my life was tornadoes doing their buzzing overs and a green Warthog that had an engine fire or malfunction flying really close to the ground, maybe 100-200 meters going down slowly.

I never found out what happened that day.
edit on 28-8-2017 by verschickter because: edit meters, not feet


I remember we talked about this some time ago, although you helped me much, I could not find out what incident it was and if the crew brought themselfes down safely.
edit on 28-8-2017 by verschickter because: (no reason given)

Someone asked me once to list all the planes I've been on or worked on. I told him it would be easier to list the ones I haven't. Heh. I almost got to ride out to the end of the runway in one of the Systems Operator seats on that Kansas B-1 to do a full power engine run with them, but it fell through at the last minute. So when they changed the engine and did an idle run the crew chief let me sit in the right seat, while he sat in the left.

Have you ever worked around the U-2? I recently read a very interesting article about the chase cars. Those pilots do have balls! But I guess I´m getting far off-topic now...

WHy? The Navy is getting that missile as well. One of the ideas behind it is that the P-8 can use it and stay well out of SAM range. I remember when they put the Harpoon on the B-52's. Our officers loved it.
The "wagon wheel" attack just came back in style. Multiple threats from multiple axes.

I've been with the pogo guys on both takeoff and landing.

Yes and no. There are rude jokes and insults between all the services, but let an Air Force pilot go into the water and the Navy guys will damn near kill themselves to find him and get him home. Or an Army patrol get ambushed and you'll have aircraft stacked up waiting to bail them out.