"A Fake Story Tricked Trump Supporters Into Protesting For No Reason, Then One Of Them Accidentally Shot Himself"

Then I saw this thread from theantediluvian. I also remembered a thread from a couple of weeks ago about a troll youtube video in which a teenage girl was pretending to be an SJW which hilariously fooled the OP. There's tons of youtube channels that do this though... mock the opposite side through satire.

Anti-fa and the Alt-Right seem to be forming a trend as demonstrated in the Buzzfeed article. One will claim to be the other and state they're going to be demonstrating at such and such, just to get the other to show and then they look like morons. I've seen a few different articles about different events. Too tired at the moment to hunt them all down but if you're bored you can google and see how trendy it's getting.

I think I like this to be honest. What choice for name calling are we going to be left with other than generic ones? Which is how it should be anyway. We should stop attacking each other and attack morons and ass holes.

Let the hacks race to the bottom. While many of us love to play in the pit, I imagine that is not how most carry out our lives.

Someone will need to rebuild when all the poop has flown!

I could not find a better example of WWIII - it was never going to be about bullets and borders - it's a battle for our minds because with mass support comes the ability to wield great power and authority.

Every day - every day - we are faced with a mounting barrage of 'information' and it has now become an individual assault on each individuals' mind - what one person is thinking can suddenly be shared with (up to) millions of people instantly and in real-time.

This is our reality and when you see, know or hear of folks who roll with whatever the TV's or YouTubes tell them, without doing even a cursory check on the validity of the information, then the fight will be long and hard.

Discernment, understanding of the subject and an ability to fact check - these are the best weapons you and I can ever possess in this war Kali.

"If you made them and they made you
Who picked up the bill, and who made who?
Yeah
Who made who
Who turned the screw?"

Sorry if this seemed a bit obscure, but my point was ...Who's paying for this? Soros? Koch? Buffet? Who is pulling all those little strings?
Who made who?
edit on 6-7-2017 by DAVID64 because: (no reason given)

Meh. I'm from the old book types. Where actual arguments count and discourse is part of the democratic... well... whatever that is we're all fcked by the same Brave New Oligarchy either way. Devide & conquer, rinse and repeat.

“They yearn for what they fear for.”

This is the part of the food fight where everyone is covered in mashed potatoes and jello and you have no idea who is who anymore. You can either start laughing and bond over it or you can keep slinging tater.

So grab my hand and let's sing Kali.

You spend a lot of time in the mud pit and on boards going back and forth.. for what end game?

Its a waste if your time and energy, and if I do remember correctly you are in bad health? Makes this mud online fued mentality even more confusing?

Who really cares, Trump is your leader, he is President of the United States and he isn't going anywhere.

Focus on making these boards a better place rather adding to its chaos and division over American politics.

originally posted by: Kali74
a reply to: PublicOpinion

This is the part of the food fight where everyone is covered in mashed potatoes and jello and you have no idea who is who anymore. You can either start laughing and bond over it or you can keep slinging tater.


The irony of posting this in the mud pit and trying to trigger "the other side".

I am in bad health at the moment, stuck home mostly. I'm also a habitual poster and a political junkie with an Irish need to argue. I intend to post until I can't. My favorite thing about the mud pit is that you can be a little more free to express yourself than in other forums.

Sadly, it looks like the intentions of this thread sailed right over your head. Rather than trying to trigger, I was hoping to remind people there's a safety.

Show me Goliath and I'll have something to sling my tatar at. Not going to eat that either.

And get well soon!


Who really cares, Trump is your leader, he is President of the United States and he isn't going anywhere.

I'm going to pull the same thing that the Right wing pulled on Obama...."Not My President" 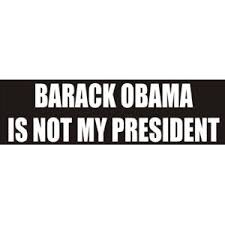 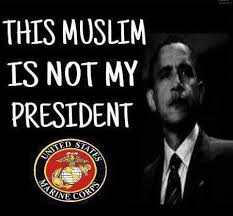