I originally thought lens flare too... but I cannot see the corresponding sun. Its behind the clouds. Is there any specific questions you guys think I should ask him to help in an analysis?

There are several lines of evidence that it's lens flare.

First is the lens flare test, for which we need the full uncropped image which it looks like we have. Draw two diagonals and they will intersect at the center of the image (Red lines). Lens flare will be a symmetrical reflection about the center point (blue lines), so the top of the top blue line gives us the location of the sun. If you look at the lighting of the cloud it does indeed appear that the light is centered at that point. Due to saturation it's hard to see the sun itself but that location is certainly consistent with the sun being there and at the center of the cloud's brightest lighting (except for the darker thick clouds of course). 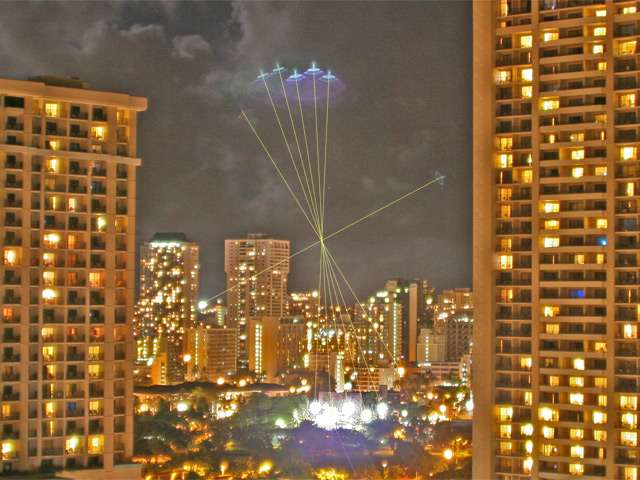 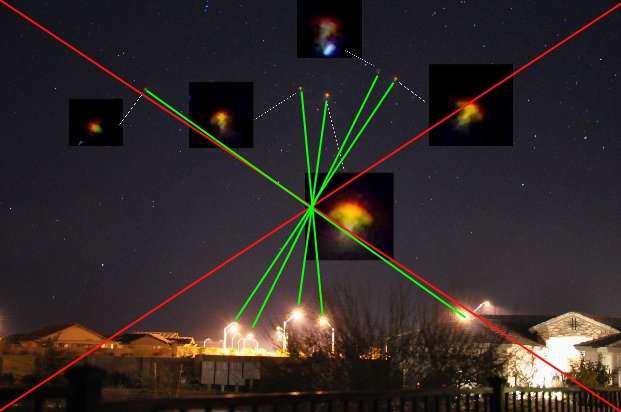 Another line of evidence is the halo around the flare, do you see it?

Another line of evidence is the mushroom shape which is fairly typical, sometimes the mushroom has a stem, like some flares in the last image, but in the OP example we only see the cap, which is still very common.

edit on 201776 by Arbitrageur because: clarification

posted on Jul, 6 2017 @ 12:12 AM
link
The picture looks close from where he was standing. So if there were an object there, he obviously would've seen it in person, walked up to it, etc. Check out this UFO-orb that landed on a beach (nope, just bright green lens flare):