What if we eventually just ban gas powered vehicles ?

Lol well you wouldnt be eating

posted on Jun, 26 2017 @ 09:43 AM
link
There is a song by the great Canadian band Rush that I love called Red Barchetta. The song is about a time when apparently cars and I assume that they were still gas powered are a distant memory but someone finds one at his Uncles house and takes off. I can see in our future that ownership of a vehicle of any type will be only for the elite and rich. The rest of us will be dependent upon public transportation and computer controlled vehicles.

This will be a way that the authorities can control travel and perhaps keep track of everyone. Travel will be curtailed unless approved and populations tightly controlled because of the limited travel between the States and around the globe. Thus the distances we need to travel will be less so yes I can see gas powered vehicles going away.

The problem is as I see it, this will not help our pollution problem as electricity comes from the same fossil fuels that we use for our gas powered vehicles so trading one for another type just will not help. And since the use of publicly available vehicles available to all means even more on the road and more people using them with the same are even worse results.

But I agree that privately owned gas powered vehicles will be gone before long or at least very tightly controlled and costly. Will it be a victory for the climate gang, I don't think so because we will be replacing one polluter for another type, so things will remain the same, only we will be unable to travel as freely.

Not really sure why you included "Harley FAGS" in your otherwise decent post. That's a good way to alienate some of the best idea people in the petrol powered world.

But anyways, eventually the ICE(Internal Combustion Engine) will decline. The reasons will be higher prices, harder to find the fuel, and emissions regulations...But this won't happen in the USA until such a time as the Oil and Energy companies find a way to profit from Solar, wind, geothermal, tidal and other "experimental" energies.

Unless your electricity comes from wind, solar, thermal, hydro or nuclear.

The power you use to charge up that electric vehicle is still coming from oil.

posted on Jun, 26 2017 @ 11:17 AM
link
this whole electric cars are junk thing is a crock .
But ill do one better zeropollutionmotors.us... www.youtube.com...
Now this car ( or one like it )
one like it has a 360 liter air tank any gas station just use the compressor to fill the tank 2 mints tops .
and goes 150 miles before refill is needed and cost 1.25 $ to fill the tank 1.25 for 150 miles not bad hu?
BUT WATE its gets better because with a extra 5.000 you make the tank 600 liters slap solar cells on the roof
put a compressor under the hood and during the day hours NEVER need to stop for fuel and at night still go 300 miles between fill ups AND even stopping at a place to eat the parking lot lights will be enough to run the compressor and recharge the tank wile you eat .
The down side ( yea there is always a down side lol top speed 68 mph .
btw they start at 10 k fully loaded . so adding in 5 k upgrade 15 k for a car that needs NO oil NO gas and rarly if ever acculy needs to be pay for fuel .
But even electric cars can be made much much better then they are .
first put the moters 4 of them attached right to the wheels then make the moters also generators as when on down hills they return power or when stopping they return power .
this alone would reduce the power needed thus battery's needed by alot . Then once again add solar cells on the roof and you will end up with a electric car that can do 90 mph and also go 500 miles between charges and when just sitting charges .
All the it cant be done is blony .
But air car doesn't do it for you ? And electric just sucks ?
Ok how about a super charged steam car ? first you could build one that would do 300 mph easy .
But wate they need a boiler right? and that takes forever to heat up ?
Wrong using a steel plate super heated by a torch type flame ( not large just HOT )
and a thin stream of water hitting it instant steam super heated and wala a super car ran on steam .
ps the 1920 world speed record was 220 mph held by a steam powered car .

posted on Jun, 26 2017 @ 11:19 AM
link
How bout no.......i love classic cars.....plus i'd like to see farm equipment go gas free or atvs lol...it would sound like my husband government work equipment which is like hearing a gay( not a homophobe) weed eater banging a hairdryer and its terrible at getting work done only to need to be charged........20 minutes into 75 acres
And no thank you 1 emp and your gonna freak out when your back to horse and buggy status....

posted on Jun, 26 2017 @ 11:27 AM
link
gas run cars are only still around because we refuse to give them up .
really what reason could there be for buying a hummer except being vain ?
what reason do you need one of these over sized trucks that are darn near the size of a mac ?
stupid gas guzzlers all because your vain .
the real proof we dont care about how much of a mes we make of the world .
and the car and oil company's love you for it .
say the last car you bought well at 250 k tops may as well JUNK it .
Thing is for the same price they could build a car Granted for a million MILES EVEN the Tires .
dont see any being built do you?
Kinda screws up t repeat customers doesnt it ?
the crap we buy is just that the worst possible junk they can build and still get you to pay for .
frig that last ten years top washer drys that last even less . Cars that can barly make it off the lot before they brake down .
all this and more just to keep getting your money .

Electric cars are close to being our main car but they eat batterys ... lithium batteries just dont like heavy high drain load and rapid recharge day in and day out

Has big truck cuz we hunt our food...love my giant truck

The Tesla is the "quickest" but not the "fastest". Quick meaning it can accelerate to 60 and do 1/4 mile drags faster than any production car. However, they are not the fastest in terms of top speed by any stretch. Electric cars accelerate faster than combustion cars because electric motors have 100% of the torque/power available at 0 RPM whereas a normal gas engine has to be in a certain RPM range and gear selection to access full power.

This is one area that electric motors have an advantage over gas. However, electric is still no where near as convenient and for many people, electric cars don't provide the same visceral feeling that a combustion engine does.


With that said, 99% of people could probably get away with driving an electric car. The range is there for daily driving/commuting for 99% of people. The issue is what to do when you want to take a long trip. Fortunately, they have these things call rental cars.

Only the super wealthy get cars and electricity. The rest of us can go back to the stone age. Hmmm... how can you sell that to the masses without them freaking out?

I've done a lot of reading and research on this topic. I have no doubt whatsoever the time is coming when, by way of incrementalism, US cities will start banning gas powered automobiles. The only real problem is that although the leftist MSM refuses to acknowledge it, there's a huge population shift going on. Boomers are vacating cities at an increasing rate as they retire. Millennial, who largely don't even have drivers licenses, are migrating out of the burbs into the cities as they can afford to. Many, if not most, will never buy cars.

The problem of course is that the electric vehicles don't have the range necessary to accommodate the vast distances driven by rural dwellers. For that reason, I'd expect gas powered models to continue to be sold through 2050. 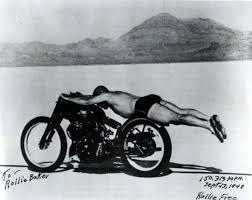 Most people probably missed the joke.

There was a South Park episode with Harley riders riding through town with their loud bikes disturbing their town and they were being called "fags".

Probably should not have assumed people would get it.

Sorry if I offended you.

How about solar and mostly electric vehicles. Gas vehicles can be allowed on a limited basis with special permits.

The main problem is charging time.