Being approached for a sale/donation when out in public

posted on May, 17 2016 @ 08:02 AM
link
Does anybody else get annoyed by people who are trying to make a sale approaching you while you are out in public? I'm not talking about buskers or homeless people, but more specifically people that actively try to engage you in conversation because they want to register your "interest" in a service, sell you a product, or get a donation off you for some type of cause. It seems this type of "intrusive advertising" has become a lot more prevalent over the last several years.

I get pretty annoyed by this practice and as soon as I can detect their presence, I reach for my phone and pretend to be on an important phone call until I am out of the danger zone. (This method has been highly effective.)

It's not that I don't want to give them the chance to showcase a new product or that I don't want to donate to charity, it's more that they are not only invading my freedom to walk unapproached when out in public areas, but also the assumption that I am in the financial position to donate money, which I am not, without experiencing financial hardship as a result.

I have found the charity workers are among the worst (and it appears that I'm not the only one) because they play on your emotions by trying to make you feel selfish, lacking compassion and guilty for not donating.

Yes, I am very grateful to be living in a stable and relatively safe country. I know not everybody on this planet can enjoy such freedom and my "rant' might seem like a non-issue considering what people from other parts of the world have to deal with. But still, that does not mean that issues that are relative to this country should just be ignored as a result.

The practice is invasive, unhelpful and unethical in my opinion.

posted on May, 17 2016 @ 08:10 AM
link
a reply to: Dark Ghost
I don't know where you live. but in Britain the practice has been nicknamed "chugging"- short for "charity mugging".
They have been known to select a street or area and do it in groups. Some years ago, my route home from work involved walking into Tower Hill tube station, and there used to be a cluster of them every day, just outside, accosting as many commuters as they could manage. I just walked very fast and straight, although one of them once was so determined to intercept me that he nearly got knocked over.

Interesting. Thanks for informing me of this term. What you describe is precisely what I have experienced.

I live in Australia and I thought there was a word to describe the practice, but just couldn't work it out before making this thread.

ETA: I am now reading some of the replies in the comments section and laughing my head off. It seems this thread turned out somewhat therapeutic

posted on May, 17 2016 @ 08:26 AM
link
Sounds pretty aggressive for you guys, in the states we have these people, but in my experience they are pretty docile. Often times if you don't even make eye contact with them they won't even acknowledge you. If I do manage to have someone "stop" and address me, I just smile and say "no, thank you" or "not today". It's normally met with a smile back and have a nice day.

posted on May, 17 2016 @ 08:28 AM
link
I seem to get accosted at the exit of the supermarket all the time by little beggars in soccer/cheerleading/baseball/etc. uniforms, whose parents have set them up panhandling for spare change. I usually throw whatever coins I have in my pocket into their coffee can for fear of being perceived of cheap or mean. I don't like it. And, normally when I run to the store I don't have cash and use a debit card. Then I feel bad.

Having kids who play sports, it amazes me how much these leagues charge for sign-up, and then send these kids out to shake down folks for more. My one son plays basketball. It was $285 for sign-up, and an extra $85 for a uniform. His team recently played in a one-day tournament at an elementary in the next town over. As he and I walked in to the school, they told me it was $8 for me to get in...Not having $8 cash on me, I had to drop my son off, go back to the car and drive to an ATM. Ridiculous.

My older son used to play football in a town league. It was over $400 a year for sign-up, and he had to sell a certain number of raffle tickets (I think 25 tickets) at $20 a piece, or I had to come up with the money for each unsold ticket. The head of the league had gotten his buddy to donate a brand new Mustang from his car dealership.

"Really, you can't spare any money for these disadvantaged victims? You don't want to bring a glimmer of hope into their lives? Anything you can give will be appreciated!"

That's usually the response you get when you say you don't have any money.

my crazy face and a loud growl..and ask for drugs 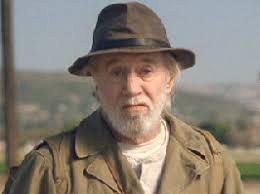 Rolling On the Floor Laughing!

posted on May, 17 2016 @ 08:50 AM
link
Girl Scouts are evil. They always set up by the entrance and ALWAYS have my favorite cookies. I never carry cash. I am royally screwed when they get the ability to take debit cards. I won't have my excuse to not buy the cookies and will have even worse temptation.

The charities that call by phone are awful. They keep pushing for a donation and really bad about this with my grandmother. They have been known to call her immediately back to bug her more. I took the phone one day after this happened and threatened them. You are now harassing her. The best part.. The harassing phone calls came from a police organization. Really messed up there

and keep walking. Maybe say you have an ex-con cousin who needs help too maybe he can volunteer for you guys?

It bothers me as well, for me personally it's just an annoyance. I try to let it go however because I realize they are just trying to make a buck or even a living by this direct marketing crap, and so be it. I can't force everyone to get an office job like me just because that's what I prefer. Some people are good at direct sales, and marketing. I'm not, and I'm not good at buying into them either lol.

originally posted by: olaru12
I usually respond with....

my crazy face and a loud growl..and ask for drugs

I get it all the time, but not only for charity but weirdos with amazing creams in the mall. I'm a big, hairy, ugly bloke covered in tatts, and yet some wee thing decides I might like to try her nice cream. Suffice to say, I look forward, sneer and mouth something unpleasant.

Stop being a stupid idiot and sell your wares to grandma. This bloke aint your target market. After over 10 years of it, you don't have any more polite smiles.

originally posted by: corvuscorrax
I know when I used to get calls asking for donations as soon as I said "I don't have any money." they would hang up about as fast as possible.


Instead of hanging up, try this next time. I did it once or twice a bunch of years ago while I was watching TV. Answer the phone and after they hit you with their initial pitch, say "that sounds really great, but can you hold on for a minute?" and place the phone down and continue watching TV (or eating dinner or whatever). In 3 or 4 minutes say "so sorry, I'll be right with you". Repeat until line goes dead. Victory will be yours!


originally posted by: corvuscorrax
I know when I used to get calls asking for donations as soon as I said "I don't have any money." they would hang up about as fast as possible.


Instead of hanging up, try this next time. I did it once or twice a bunch of years ago while I was watching TV. Answer the phone and after they hit you with their initial pitch, say "that sounds really great, but can you hold on for a minute?" and place the phone down and continue watching TV (or eating dinner or whatever). In 3 or 4 minutes say "so sorry, I'll be right with you". Repeat until line goes dead. Victory will be yours!

Between this and the Seinfeld way, I wish I got more unsolicited calls

That south park episode was spot on. LOL.

Actually their whole last season was pretty bang on.

I like to respond with my "mouth full of gravel" Lubbock, Texas unintelligible drawl and complement them on being one of Gods chosen people and inquire where they live and how is the weather. No sense in being rude!

I engage them from time to time and ask them if they are doing this out of their free time or whether they are getting paid. They all get paid and for the 1st year of your donations, the money goes to the companies that hire these Chuggers rather than to the charities. So I tell them they are just as bad as scammers and should be ashamed of themselves.
They don't like it when they are exposed for their fraud.

Yesterday I went and put flyers in mailboxes to help my girlfriend with her new business. There were people outside on their front lawns and I didn't bother with them because of the reaction you have displayed here in this thread.

I'll bet people are probably already complaining that I put a flyer in their mail box & I can only imagine what they would have to say to me face to face.

The thing is although I'm not afraid to approach someone to make a sale, these days your reaction is more & more common so it's almost not even worth approaching people anymore.