Where is the Bern?

Yeah it is. If not trolling (You are) you're a hypocrite as you proved by your own words.

Either way you're up to no good.

No it isn't. Trump is a detestable human being that will sanction war crime upon war crime, have people and their family tortured.

He is the bad guy, and the US will be the bad guys. We will and should the target of a new world war if he's the president.


What, are we supposed to allow people to be tortured, killed, and carpet bombed before the guy is killed?
No. People aren't supposed to be stupid enough to elect such a piece of #, but they're sure as hell trying to.

No "slinking" is going to happen. If anything, we supporters will get even more busy - there are only half the states done. It isn't until the convention that the superdelegates actually vote....
and his results being within a fraction of a point or just two points fewer won't kill his candidacy.

He'll continue to run in order to keep up the pressure on her to stay as left as she has become. She is agreeing with MOST of his positions, yet still has not answered for her paid speeches to Goldman Sachs. She is a 1%er just as much as Trump is -
Bernie isn't done making his waves.....

even if he can't win against her, he can always go independent.

You sound like you should take a break from the keyboard for a bit. Or maybe politics as a whole.

You're a hypocrite because you say Trump killing and torturing is wrong, and then call for his murder. That's a fact.

If you can't make that connection and accept your own hypocrisy then you have much bigger problems than anyone here can help you with.

You sound like you should take a break from the keyboard for a bit. Or maybe politics as a whole.

You're a hypocrite because you say Trump killing and torturing is wrong, and then call for his murder. That's a fact.

If you can't make that connection and accept your own hypocrisy then you have much bigger problems than anyone here can help you with.

So , what? We're supposed to wait until he starts murdering people (like he makes it clear the US will) before we do something about it?


That will just make his following love him more.


He is a terrible guy and needs to die if he's elected. He will ruin this country, and the world potentially.


I'm not trolling, you are if you believe that its actually hypocrisy.

Do you think Trump supporters also need to die, or just Trump?

We are, after all, talking about saving the planet!

posted on Mar, 16 2016 @ 10:01 AM
link
Bernies run for president reminds me of ron pauls run, so many good ideas, so much reality checks from both men, but the sad fact is they are not liked by enough people to win.

I aint even american and it breaks my heart.

Ah, the musings of the radical left. Do you think Trump supporters also need to die, or just Trump?

We are, after all, talking about saving the planet!

No. People are welcome to believe what they believe. Be a despicable racist, be a piece of # and believe Christianity is better than other religions, etc, etc.

Once a person that has influence in power believes in certain things, like torture, torture of family members, carpet bombing regions (which is what is implied by Trump), and pushing the narrative that 'Islam hates us', then we're in serious danger.


Trump is the problem. 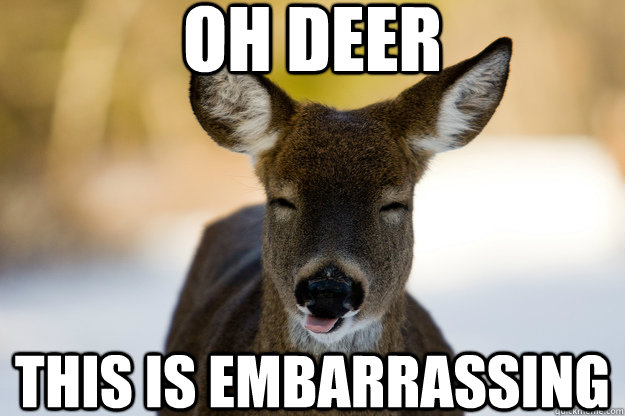 So you want to kill JUST Trump for his Middle East policies?

Are you okay with Obama's Middle East policies on indiscriminate bombing by drones and the continued use of rendition centers?

So you want to kill JUST Trump for his Middle East policies?

Are you okay with Obama's Middle East policies on indiscriminate bombing by drones and the continued use of rendition centers?

Of course I'm not ok with it.


I'm referring to Trump's rhetoric as a whole. He will have people and their familes tortured. He will carpet bomb the middle east and make Obama's drone strikes look trivial.

I'm for whatever will need to be done to get Trump out of office. There's a reason why people a lot more intelligent than myself or anyone on this forum have compared him to Mussolini, and to some extent Hitler.


If he's as bad of a guy as it seems, I wouldn't blink an eye if all options were exhausted to oust him and someone killed him.

You've got problems if you don't see how you're wrong.

But you just want to kill Trump and not Obama.

So it's about the number of bombings and not the bombings itself.

So if Hillary gets in, is she okay in your book, or would you want her killed if she continues Middle East bombings?

33 Percent of Bernie Sanders Supporters Will Not Vote for Hillary Clinton.

I honestly think that 33% is not realalistic, many of Sen Sanders supporters are first time voters that have no loyalty to the Dem part. Then add the fact that these new voters have seen the DNC corrupt the voting process, these young voters that are angry with the establishment will not go to HRC with open arms.

Then figure how many independents are voting for Sen Sanders that would not normally vote Dem and add in those that are opposed HRC.

Now add in republicans attacks on HRC in the GE, I think there is more like 60% of Sen Sanders supporters that will not vote for HRC.

I will not vote for war & greed!


My this is entertaining!

If the nominees are Trump and Clinton, I will vote for Trump...and start praying more.

posted on Mar, 16 2016 @ 11:19 AM
link
When Bernie loses the nomination to Clinton, there are two things that could happen, and it all depends on who gets the Republican nomination.

If the GOP breaks with tradition, and goes with Cruz (Rubio as VP), then Trump will run as an independent. In this scenario, most Bernie supporters will likely stay home, assuming the split will take care of Trump.

If the GOP goes with Trump, Bernie supporters will turn out, just to vote anti-Trump, even if it means choosing Hillary as their perceived lesser of two evils. Personally though, I think she's one of the biggest evils in the race, with a proven track record of failed foreign policy, but hey....

Trump doesn't look all that good either. I think this campaigning might be taking a toll on him.

Why couldn't the Democrats have found a good woman to run for president. They are ruining the chances of a woman ever getting in the White House except as First Ladies. Maybe this is the plan, look back at Palin. That also would have been scary if McCain would have died. Pick the worst women you can find to run and then men will continue to be president.

Why is it that we are always voting for the lesser of two evils. Can't they put a good candidate out there who is not evil?
edit on 16-3-2016 by rickymouse because: (no reason given)


When it comes to HRC, am with the 33% of Sen sanders supporters that will say no to HRC!

I will not vote for war & greed!

However, I think that Bernie and Bernie supporters might have to step up their game and concentrate fully on taking HRC down ,because she is clearly the establishments darling and has the backing to steal this election from Bernie.

IMO she should be Bernies number one threat and target going forward or he might as well quit .

Yeah it's really embarrassing when your chosen candidate sweeps five states in a single day.
Oh the humiliation......NOT