Will they be living in a van?


You do realize that it's fake right? Like lizard Lick and all of the other crap on TruTv.
It's faked and full of actors and scripted.

Good idea! We're still in the preproduction phase and chasing money. Off camera the talent will have a trailer with a hair and makeup girl to make them look grubby and food from Chili's or Red Lobster.

Want a piece of this?

The way we usually fund these type of projects [reality TV] is to make the "teaser" first...no/low budget, show it to the money guys who will give us enough $$$ to make a couple of episodes if they like it...take it to a pitch fest and hope and pray it takes off. It's like gambling....with other peoples money....


You do realize that it's fake right? Like lizard Lick and all of the other crap on TruTv.
It's faked and full of actors and scripted.

You have the actors part right....we usually don't work from a script. Loose outline and let the actors riff, shoot it from 3 different angles and 3 takes. Editing is where the majic happens....
edit on 6-3-2016 by olaru12 because: (no reason given)


HA!! really dude? What shows do you make for TruTv?

Hope all is good mate

originally posted by: blupblup
a reply to: olaru12


HA!! really dude? What shows do you make for TruTv?

Hope all is good mate


It's all good, but I have never sold anything to cable. Had one project turned into a video game, one into a webesode and one into an indy feature...strait to DVD.

I usually DP, AD, sound or line producer for others. I'm still hoping for the SAG gigs to be honest. The indy world is fun but I could really go for a nice reoccurring role on some show. Auditioned for a reality TV part....to old and to ugly, not even a call back.

Well It turns out you are right. With the info others have brought to the thread sorry I was wrong.

Nice one mate!! You're not too old and ugly man, you rock!
I'm working on getting into shape (pretty much there) and turning my life around, no real financial projects or super exciting jobs or anything. 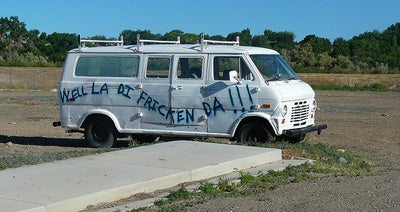