posted on Jul, 7 2015 @ 05:15 PM
link
Jennifer Briney, host of the “Congressional Dish” podcast, goes Off the Grid with me today. Jennifer has read over 245 U.S. Congressional bills in the past two years alone and you won’t believe the things she says Congress is trying to hide. Tune in for her list of the five most corrupt bills recently passed by Congress. Vigilant Viewers, your votes matter more than you think!

Are you going to participate on ATS from here on out?

how can I view it

originally posted by: EA006
a reply to: JesseVentura

originally posted by: JesseVentura
Are you going to participate in every election from here on out? Let me know!

Fascinating question considering this snippet from just 4 days ago:
www.rawstory.com...


“Look at the last national election, 64 percent of the people failed to turn out to vote,” he added. “Well, those are all my potential customers. Those are my potential voters. If I can rejuvenate them to come back and watch their vote count, you win.”

So, are you:
A) Testing the waters with this question?
B) Waging a pre-announcement "Piss-in" in which it benefits your campaign strategy to anger and disillusion as many voters as possible prior to swooping in on some commercial for "Ventura 2016" with sun breaking through the clouds, enlightening music playing, and birds chirping?

These Off The Grid videos excel at stating the obvious problems America is faced with. What I have yet to see from them is any solutions. Each one closes with an additional question poised as a response to the initial problem: "What do you think?" I think you've mastered the art of stating the obvious, but I fail to see great benefits in that because the country is filled with citizens who can clearly identify what's destroying us. We already have plenty of politicians who have mastered identification of problems. The country elected the last one, in fact, and how much has actually changed for the better? How many of those identified problems were conquered? Did we, as a nation, surrender to solutions, or did we surrender to the original problems, themselves?

I'd like to see some actual solutions for a change. Do you have any and do you ever intend to offer them if you do? Let me know!

posted on Jul, 7 2015 @ 07:20 PM
link
Jesse, if you or your staff read these answers you may have noticed a heightening of questioning of why you have seldom (ever?) answered a post on the threads you've created. Possibly jump in and write a little, as an ATS member. Some of us also cannot see the videos, and all we get is a white screen. Is it possible to link the vids from youtube as well? Thanks.

originally posted by: Aleister
Jesse, if you or your staff read these answers you may have noticed a heightening of questioning of why you have seldom (ever?) answered a post on the threads you've created. Possibly jump in and write a little, as an ATS member. Some of us also cannot see the videos, and all we get is a white screen. Is it possible to link the vids from youtube as well? Thanks.

Thanks, I can't see it either.

When JV first came to ATS, was treated with respect and asked many questions. Over time (& didn't take long), members realized that JV as no different than anyone else out to make a $ and further his agenda.

We are grasping at straws and looking for answers in all the wrong places.

Even if we post our thoughts, how do we know you actually read them (or care for that matter) if you don't respond

posted on Jul, 7 2015 @ 07:35 PM
link
Excellent subject, great interview and Jennifer Briney's research is a public service and ... and... well, too bad more people don't give a flying intercourse about it.

But bad legislation will result in...well, exactly what we've been experiencing the last few decades in the U.S. and elsewhere. The rich get parasitically fatter and the rest of us... the ones actually making society run, get sucked dry.

Why big media doesn't hold the legislative branch more accountable (anymore) is a question ...and perhaps conspiracy fodder... but likely it has something to do with money and apathy... or they really DID develop a method of reducing IQ through television carrier waves.

Perhaps there is a civic minded individual out there with some fame who could popularize efforts such as Jen's even more? Anyone? I'd pay attention, anyway.

ETA and seriously, who cares if JV or staff is dropping in to write on his thread or not? The subject matter is rather more important than any one person, especially in this case.

And for those that didn't see it, she basically goes through five of the latest scams written into recent legislation, mostly by the banking industry and their lobbyists, and urges all of us to vote these cretins out every two years until we get some decent people elected... as despite the meme, voting still matters... until we lose that right, too. 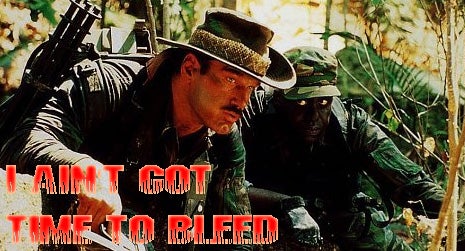 Apparently he doesn't have time to answer questions either.

HOwever I do applaud the topic. This sort of thing needs more exposure.

originally posted by: EA006
a reply to: JesseVentura


I could see his acceptance speech, a guy in tie-dye in a you-tube vid saying thanks America, leave your comments below of how I should do this job.
edit on 7-7-2015 by Vector99 because: (no reason given)

Great video Mr. Ventura! And I will be checking out her podcast! Thanks for introducing me to her and her good work!

I think ATS needs to keep an eye on this young women.

We need more people like her in the world.