WASHINGTON — President Obama signed a secret order in recent weeks authorizing a more expansive mission for the military in Afghanistan in 2015 than originally planned, a move that ensures American troops will have a direct role in fighting in the war-ravaged country for at least another year.

Mr. Obama’s order allows American forces to carry out missions against the Taliban and other militant groups threatening American troops or the Afghan government, a broader mission than the president described to the public earlier this year, according to several administration, military and congressional officials with knowledge of the decision. The new authorization also allows American jets, bombers and drones to support Afghan troops on combat missions.

In an announcement in the White House Rose Garden in May, Mr. Obama said that the American military would have no combat role in Afghanistan next year, and that the missions for the 9,800 troops remaining in the country would be limited to training Afghan forces and to hunting the “remnants of Al Qaeda.”

So much for the most transparent administration. 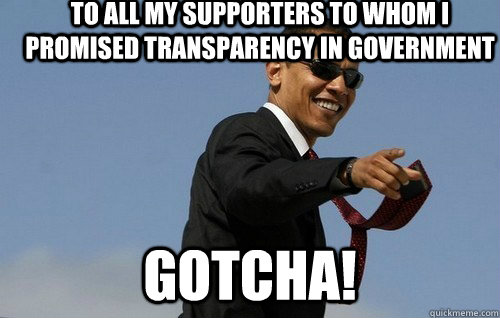 War mungers do these things.

posted on Nov, 21 2014 @ 09:18 PM
link
Let's be realistic here. The dynamics of the region have greatly shifted since May. It may also be that the Afghan government isn't completely ready to single-handedly tackle the problems of which it faces. It is a new government, and is yet to be significantly tested.

I do feel sorry that American troops must stay another year to fight, but i think it is a better option than dropping the ball, running away, and leaving a new government to defend its country from terrorist forces.
edit on 21-11-2014 by daaskapital because: (no reason given)

originally posted by: daaskapital
Let's be realistic here. The dynamics of the region have greatly shifted since May. It may also be that the Afghan government isn't completely ready to single-handedly tackle the problems of which it faces. It is a new government, and is yet to be significantly tested.

I do feel sorry that American troops must stay another year to fight, but i think it is a better option than dropping the ball, running away, and leaving a new government to defend its country from terrorist forces.

Let's be realistic here. Obama, who promised transparency, needs to quit doing things in secret. It further proves he's ashamed of his actions and/or trying to hide his actions and hypocrisy from the American people. Regardless, he's a liar.

If there's a Nobel War Prize...I want that guy for our next president.

The guy has no interest in peace - just his self comfort and golf - who pays for that comfort with $ ?? The war machine. The ones who pay with life and limb are no use to His Highness.
edit on 21-11-2014 by Maluhia because: (no reason given)

posted on Nov, 21 2014 @ 10:32 PM
link
Was just reading that on a different news site,
Sad that they have to stay longer after being told you will be going home.

Ask a kid born in 2001+, what they think about their life time war the us has had.
These kids do not know peace. Only war and that is sad.

Right. Passing things in secret doesn't help him. But you can't deny that there have been political shifts inside Afghanistan, and in the entire Middle-Eastern and Central Asian regions in general. I think it is quite apparent that Obama has reassessed the situation following the rise of extremist ideologies in the general region and the swearing in of Afghanistan's new government.

I don't agree with passing things in secret, but i think the allies shouldn't cut and run right now. The dynamics have changed since May, and i think it is wise of Obama to reassess the situation.

posted on Nov, 22 2014 @ 08:25 AM
link
As soon as he got in office he started giving time frames for pull outs. He was warned then how dangerous it could be to telegraph things like that but he had to keep his base happy. He still had 3 election cycles to go.

Now that he doesn't have to worry about re election he can face the reality of the situation.

Nothing has changed in either theater, they were all just biding their time, and building their strength.

As commander in chief he is within his authority to issue that order.

The House of representatives, who controls the purse strings, would be within their authority to not authorize funding for the deployment.

posted on Nov, 25 2014 @ 05:02 PM
link
This is just part of the Endless War that TPTB want, the Endless War keeps their coffers full AND it opens up new areas to them for exploitation.

That's the reason we went to war under GWB.

Did brains just fall out and there is no historical reference here?

D or R, they both work for the same Corporate Overlords.

originally posted by: Swills
a reply to: Xcathdra